It seems like things will start to settle down between Calvin and Dave in The Neighbourhood Season 4 Episode 21. They dealt with a traumatic past that brought struggle in their life. But now, they are trying to get back to their normal lifestyle. Will things stay on the positive side in their life? Meanwhile, Trina will face some challenges. She will regret spending some time with her old pals. Keep reading to know more.

The Neighbourhood Season 4 Episode 21 Preview: What Will Happen Next?

Calvin and Dave had a hard time in the previous episode. They finally learned about their family’s past and how it changed their world. But now they settled down and will find a way to reunite as friends which they used to be. Meanwhile, Trina will finally reunite with her former girl gang. She will be excited and happy to meet them all. But happy moments won’t last long. The decade-old issues will resurface, ultimately bringing tension amongst the group in The Neighbourhood Season 4 Episode 21.

The result was Calvin’s great-grandfather. But Desiray didn’t reveal much about the family background, but soon Calvin and Dave learned that their great-grandfather was forced to leave his family’s land when the bank made things difficult for the people to own their land.

Dave was surprised to learn about his family’s past and spent the rest of The Neighbourhood Season 4 Episode 20 reeling over the family’s past. Gemma tried to calm down her husband by saying that Calvin wouldn’t blame him for the family’s racist past. But it couldn’t help him calm down. So Dave felt that he should do something for Calvin ad decided to offer him Dodgers tickets in the second row. Calvin finally decided to forgive Dave. After Calvin had a word with Tina, he decided to amend with Dave and stop accusing him of the things he hadn’t done.

The Neighbourhood Season 4 Episode 21, titled “Welcome To The Dream Girls,” will air on CBS on May 16, 2022, at 8 pm ET. The all-new episodes air every Monday night. You can also stream The Neighbourhood on-demand on Vudu, Amazon Prime Video, Microsoft, iTunes, Google Play Movies & TV, and YouTube TV. Stay tuned. TechRadar247 will keep you updated. 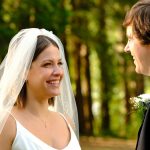