Ortiz will find himself in a troublesome situation in FBI: Most Wanted Season 3 Episode 21. It seems like one of Hana’s family members will ask for his help, and he will find it difficult to deal with the situation. Meanwhile, Agent Remmy will deal with a problematic case. It will further create problems in the team as they are now dealing with con as well as murder. Can they be able to put the person behind bars? Keep reading to know more.

FBI: Most Wanted Season 3 Episode 21 Preview: What Will Happen Next?

Barnes didn’t show up in this season, and it feels like someone will fill his gap in FBI: Most Wanted Season 3 Episode 21. Since it’s a penultimate episode, things would be messier in the upcoming episode. As per the synopsis, a female con will kill a wealthy East Hamptons couple. They hired her as a personal trainer. But when she sensed danger, she killed the couple. But fortunately, she left her passport at the murder site, which helped the FBI to figure out who’s this person. The team figured out they were dealing with a forger who isn’t any random forger.

Agent Remy talked about the world-class forgery the woman did. Further, the trailer teased that woman is also a criminal. She has killed three people in order to protect her past, and she might do it again. So the FBI needs to find that woman as soon as possible. Meanwhile, Ortiz will have difficulty dealing with Hana and her brother. Hana’s brother will ask him a favor, and he will be in a daunting situation, whether or not he wants to help him.

In the previous episode, titled “Greatest Hits,” someone killed a woman and her kids. The woman was recognized as Brianna Morgan, who was the target. Due to their brutal murder case, the police called the FBI. Special Agent Scott and his team figured out that the case had something to do with the missing drive-through restaurant attendant.

The missing attendant was Kevin Williams, who didn’t look the same as the real Kevin. He was a white guy and a real blonde. Scott and the team worked on the case. They later discovered that the murder case was similar to the 80s. However, the murderer named Bianchi supposedly died. But now, he had his own podcast hinting that he never died.

He was open to talking about the murders he committed. But the team was shocked after another crime scene that repeated Bianchi’s style. So Scott asked a friend’s help from Organized Crime Unit named Terry Daniels, who retired now but decided to help them. After listening to the podcast, Terry confirmed that it was the real Bianchi and that the murderer influenced someone. This person wanted to gain the mob’s attention. He wanted to join the mob so badly that he was ready to do anything. Later Terry helped him to find the person.

FBI: Most Wanted Season 3 Episode 21, titled “Inheritance,” will air on May 17, 2022, at 10 pm ET only on CBS. The finale will air next Tuesday night on CBS. You can also stream the new episodes on-demand on Paramount+ as well as CBS’ official website. Meanwhile, Canadian viewers can stream it at 9 pm on Global TV. Stay tuned. TechRadar247 will keep you updated. 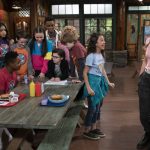