Amazon’s Prime Kids in The Halls premiered on the streaming service last week. The show is a reboot of the 1990s popular comedy show of the same name. The first season has received widespread critical acclaim. And fans love the show for its humorous social commentary and hilarious sketches. Now fans wait when it returns with The Kids In The Hall Season 2.

The premise of the show Kids in the Hall is unlike most comedy shows you’ve seen. The first season of the show features the members of The Kids in the Hall performing hilarious sketches. Also, at times there were appearances from the cast members of the original show, like Gavin and a peculiar classic rock DJ. A skit in the season reintroduced the audience to Cathy and Kathie, two longstanding colleagues frequently critical of their employer. Buddy Cole, a boldly talkative guy, searching for love, is yet another character who makes a reappearance.

Are The Kids In The Hall Season 2 Coming?

All the eight episodes of Amazon Prime’s reboot series Kids in the Hall premiered on the streaming service on May 13, 2022. And sadly, there has not been any confirmation from Amazon Prime or the creators about The Kids In The Hall Season 2 yet. However, since the show has been revived after so many years by Amazon Prime.

It seems unlikely that all that was for just one season. On top of that, with the critical and fan response to the first season has also been good. So, we can say that The Kids In The Hall is likely to be renewed by Amazon Prime soon.

What To Expect From Kids In The Hall Season 2?

Meanwhile, several sketches in the show took dig problems of adult life and middle age and the weird sensations of the modern world. This also established how the cast members have aged since the premiere of the original show in 1995. On the other hand, the season also addressed the relevant social and political issues with a pinch of humor.

If the series returns with Kids in The Hall Season 2, it will most likely follow the same format as the first season of the show. The season might present aged and fresh characters in many more unique sketches. Moreover, we cal also expect unique styles of improv elements and spoofs.

The cast of the series features Kevin McDonald, Dave Foley, Mark McKinney, Bruce McCulloch, and Scott Thompson. On the other hand, there are also multiple guest stars on the show, including Catherine O’Hara, Pete Davidson, Kenan Thompson, and Catherine Reitman. We can expect the return of these familiar faces if the show is renewed for The Kids In The Hall Season 2. On the other hand, there might also be some new cameos. 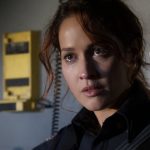 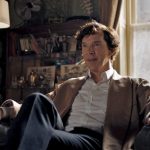