It seems like things will finally settle down in Dynasty Season 5 Episode 12. We are heading closer to the season finale. But sadly, it will be the end of this series as The CW decided to cancel the show. So we can expect that the upcoming episode will bring a satisfactory conclusion to the series characters. Further, in Dynasty Season 5 Episode 12, Blake will deal with a serious issue. Keep reading to know more.

Dynasty Season 5 Episode 12 Preview: What Will Happen Next?

Blake and Cristal have decided to co-parent Amanda, and now they will face some challenges in the process. It looks like co-parenting isn’t that easy, especially when they have plenty of people against them. Now in Dynasty Season 5 Episode 12, Blake and Cristal will find themselves in a tough situation.

They need to deal with Sonya. Daphne Zuniga will guest appear as Sonya. Although it remains unclear what her role would be, it looks like fans will be thrilled to see her in action. It perhaps creates a mess between Blake and Cristal.

Meanwhile, Fallon will spend some time with Alexis. She will have an adventurous breakfast with Alexis, where they will talk about her trip to Idaho. They will discuss everything that happened there. As for Liam, his movie is finally wrapped up, and he decides to have a word with Culhane. They will have a heart-to-heart conversation. Next, Kirby will return from Milan. So Amanda will get her on her side in the sibling rivalry with Adam.

In the previous episode, titled “I’ll Settle For A Prayer,” Liam and Fallon flew to Idaho to find Sam’s guilt-ridden mother, Iris. They wanted to convince her to come back to Atlanta. However, her reluctance created problems for everyone as everyone faced religious differences, including an imbued priest. Meanwhile, Jeff and Adam had gained some respect for each other after stealing a post a price-inflated drug formula from Plenexia.

Later Amanda moved into the manor. It happened just after Blake and Cristal decided to be supportive parents. As for Dominique, he appeared busy designing the costumes for The Biggest Payday, while Nina and Culhane’s bickering took a twisted turn. Daniel left the world in the arms of his son and true love.

Dynasty Season 5 Episode 12, titled “There’s No Need To Panic,” will release on May 20, 2022, at 9 pm ET on The CW. The all-new episodes follow a weekly release pattern airing every Friday night. You can also stream Dynasty on The CW’s official website. Further, it is also available on Fubo TV, DirecTV, YouTube TV, and Sling TV. Stay tuned. TechRadar247 will keep you updated. 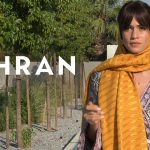 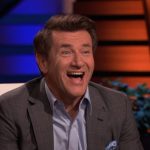