The first season of Netflix’s German comedy series Life’s a Glitch with Julien Bam premiered on the streaming platform last year. Season one ended with Julien and Joon trying to come back to their original reality. However, it did not reveal whether or not they succeeded. Since then, fans have been waiting for Life’s a Glitch Season 2.

The inaugural season of the comedy series landed on October 21, 2021. Meanwhile, in regard with Life’s a Glitch Season 2, there is no official information about the potential second season as of now. However, the involvement of a celebrity like Julien Bam might result in increased viewership. So, there is a chance for the show to return with Life’s a Glitch Season 2. But we will have to wait for the official announcement from Netflix to get a clear picture.

What To Expect From Life’s a Glitch Season 2?

In the first season of the series, viewers saw famous German influencer Julien Bam finding himself driving a text in an alternate dimension, where he has no fame and success. On the other hand, Joon Kim, Julien’s close friend, was a very successful rapper in this alternate reality. Soon after, the duo realized that the reason behind them traveling to an alternate dimension might have been their crash with a 5G mast.

Meanwhile, during their time in the parallel reality, they both took part in several activities that included rapping, making a music video, and being subjects in a clinical trial. And fighting in a roleplay convention. The journey also made them realize the importance of friendship and how dangerous fame sometimes can be. Viewers saw them trying to get back to their own world by corresponding with those in the parallel world in the first season finale. However, everything went black after they crashed into the 5G mast again.

If there is Life’s a Glitch Season 2, it will reveal the result of the duo’s attempt to get back to their reality. On the other hand, even if they manage to come to their timeline, will things be the same or entirely different. Because the 5G mast is a complex element, others may unintentionally experience its reality-altering abilities. In such a circumstance, Bam and Kim may attempt to assist others. Alternatively, the two may suffer from the consequences of having watched their parallel lives.

The cast of the German comedy series features Julien Bam and Joon Kim as fictionalized versions of themselves. The show also stars Safira Robens in the role of Lia and Andreas Dyszewski playing Olek. And Juri Padel appearing as Dima. Furthermore, we have Leon Seidel playing Max in the cast, Vivien König as Clara, and Madieu Ulbrich portraying Diego.

Moreover, Rebecca Soraya Zaman plays Hana, Luciana Caglioti as a nurse, and Daniela Lebang as another nurse. If the show gets picked up for Life’s Glitch Season 2, we can expect most of the main cast members, including Julien Bam and Joon Kim, to come back. At the same time, the second season may also bring some new characters into the story. 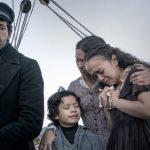 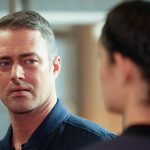