The next episode will mark the final episode of this season, and we can expect plenty of chaos in Chicago Med Season 7 Episode 22. Tara will find herself in a difficult situation while having lunch. So everyone will rush to help her. But things won’t be so simple. Meanwhile, a cold war between two residents will create problems in the hospital. Now someone has to interfere and make things workable. Keep reading to know more.

Chicago Med Season 7 Episode 22 Preview: What Will Happen Next?

It looks like Tara will have a hard time in Chicago Med Season 7 Episode 22. In the season finale, Tara finally goes into labor. She reveals the baby is coming out. But it seems like things won’t be smooth for her. Due to the case’s seriousness, she is shifted to a private place to deliver her baby. However, there will be some complications in the case which will leave Tara in a tough situation.

Meanwhile, Archer and Ethan will work on a challenging case they will treat Med’s general counsel’s child. It will be tricky for them to do it. But they will somehow manage it. As for Hannah, she and Will will have trouble dealing with each other. They won’t see eye-to-eye on a case, which will create a problem for Crockett. So he will be forced to make a difficult decision. He will also warn Blake not to perform surgery. Further, as per the synopsis, a new member will join the team.

Something was wrong with Dr. Blake’s hands in the previous episode, titled “Lying Doesn’t Protect You From The Truth.” It appeared normal when they had at rest but started shaking when she performed the surgery. It created problems in her surgery, so she decided to do physical therapy. But she didn’t want to give up on her surgery.

But Crockett didn’t understand her position. He was her boyfriend and wanted her to take care of her first instead of performing surgery. However, things turned drastic when a cop died during a raid that involved the Serbian mafia.

Milena decided to break her undercover cop cover while Scott went to the hospital. So Scott checked Sam’s ultrasound and noticed two bullets inside him. Scott and Dr. Choi later examined the bodycam footage and had difficulty learning where the second bullet had come from. They quickly performed the surgery to remove both bullets and found a second wound. But it looked like Sam lied because his wife was in the room. Meanwhile, Crockett noticed that Blake couldn’t button up her shift because of her hand tremors and stopped her from performing surgery.

Chicago Med Season 7 Episode 22, titled “And Now We Come To The End,” will air on May 25, 2022, at 8/7c only on NBC. It will be the final episode of the season, and soon fans will be thrilled with a new season. But till then, you can catch the show on Peacock and NBC’s official website. Further, it is available on-demand on Amazon Prime. Stay tuned. TechRadar247 will keep you updated. 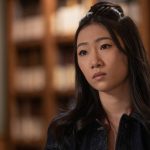