The finale is here, and fans can expect plenty of changes in the characters’ lives. As of now, everyone is running after Marvin and wants to capture him, dead or alive. But it seems like the writers will bring some challenging moments in the viewers’ life in The Blacklist Season 9 Episode 22. This is because the show would return for the tenth season but with some changes and twisted plotlines. Keep reading to know more.

The Blacklist Season 9 Episode 22 Preview: What Will Happen Next?

Finally, Deirdre Lovejoy will return as Cynthia in the final episode of The Blacklist Season 9. The Blacklist Season 9 Episode 22 will bring Panabaker back, who seems to interview someone at the post office. There’s a slight possibility that this person could be Marvin Gerard. We know the Task Force wanted to put him behind bars as soon as possible and clear Harold’s name. But it won’t be a smooth path for them. Further, if Marvin is in custody, Red will do his best to reach him and end his matter. But it will create problems for Cooper.

Meanwhile, Dembe will find himself in a difficult situation. He had been towing the line. Due to his loyalty to Red, he can’t take a stand for the Task Force, but he respects the team. So it would be difficult for him to deal with the new commands, which will take him in different directions. Further, someone will learn the major secret of the task force that will create problems for them, and perhaps Red will help them escape this situation.

In the previous episode, the Task Force and Reddington split after having contracting opinions about Marvin Gerard. While Red wanted him to kill, Cooper wanted to use him to prove his innocence and dodge the punishment. Dembe had a hard time deciding which side to choose, but he decided to go with Red after ruminating.

Later, Red introduced Dembe to the important members of his empire. Marvin learned Red’s plan with the help of the tracker and asked his assassin lord, Henrick Fisker, to send his mercenaries for his help.

Fisker’s associates infiltrated Red’s residence, killed most of his associates, and cornered Dembe and Red. But Dembe somehow managed to call the Task Force. Soon, Ressler and the team arrived at the site, rescued Red, and captured a mercenary. Later Red reached Fisker and headed to the airport where he and Gerard had a meeting. But Cooper double crossed Red and activated the alarm that helped Gerard to flee from there. So Red left the Task Force in the middle.

The Blacklist Season 9 Episode 22, titled “Marvin Gerard, Conclusion, Part 2,” will air on May 27, 2022, at 8 pm ET/PT only on NBC. It will mark the final episode of the season. You can also stream the show on Peacock. Further, the show is also available on Fubo TV, Sling TV, DirecTV, and YouTube TV. Stay tuned. TechRadar247 will keep you updated. 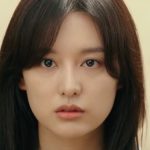