Fans had enjoyed the five seasons of Young And Hungry. But now, they are more than curious to learn more about Young And Hungry Season 6. The finale aired back in June 2018. And since then, fans hadn’t heard anything about the sixth season. The show made its debut back in 2014 and ran till 2018. While fans were rooting to see more about Gabi Diamond and Josh Kaminski, Freeform announced the fate of the show, which left everyone disturbed.

Young And Hungry is inspired by a food blogger Gabi Moskowitz of BrokeAss Gourmet fame. It follows Gabi Diamond, a foody who gets a job as a personal chef for millionaire tech entrepreneur Josh Kaminski. However, their professional relationship appeared complicated as they have a drunken one-night stand. They had an on-again and off-again relationship until the first half finale of the fifth season. However, the show ended on a cliffhanger where Gabi proposed to Josh and asked him to move with her to Seattle.

Young And Hungry Season 6: Is It Renewed Yet?

Unfortunately, not! Before the ten episodes of the second half of the fifth season could air, Freeform canceled the show in March 2018. However, the network didn’t reveal the reason behind the series’ cancellation. The show received a mixed response. It gained 43% on Rotten Tomatoes, 7.3/10 on IMDb, and 85% on Google.

This hints that the fans of every age like the show a lot. But despite having massive popularity, the show ended on a cliffhanger note. Well, it looks like the creative team, and the cast was hoping for Young And Hungry Season 6. But the year-long gap between Season 5a and 5b hints that the cancelation was on the table.

A Young And Hungry Movie Was On Work

While Freeform canceled the show back in 2018, it also announced that Young And Hungry would return with a follow-up feature-length TV movie. In fact, the feature film was at work. It was supposed to wrap up the events that took place in the fifth season. Further, the network also suggested that the movie would continue the adventure of Josh, Gabi, and their friends. Sadly, Freeform shunned the movie too.

Emily Osment revealed on Twitter that the movie would cover up the final events. Gabi proposed to Josh to move in with her. So the movie was likely to cover Josh’s decision and how they will end up tying the knot. But unfortunately, it didn’t happen. Osment revealed that Freeform canceled the movie too due to some professional reasons.

Waiting For A Netflix Revival!

After Freeform decided to leave the show with the cliffhanger ending, fans decided to take a stand for the show. Soon the fans campaigned to save the show. They urged Netflix to revive the show just as it did with Arrested Development and Lucifer. Well, the giant streaming platform is best known for bringing the show back to life. But unfortunately, the plea didn’t work out. Now it’s confirmed that Young And Hungry Season 6 won’t be happening. 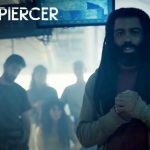 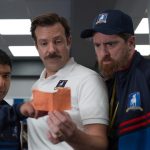