The survivors will deal with a new challenge in Alone Season 9 Episode 2. Things will be out of control when they have to search for food. However, they first need to explore the land. While the others will be dealing with the new threat, some will find it hard to search for food around their place. Will it lead to their elimination? Keep reading to know more.

Alone Season 9 Episode 2 Preview: What Will Happen Next?

The upcoming episode will be full of surprises. The survivors will deal with plenty of challenges when the hunger grows. In such a situation, they need to find something to eat. Meanwhile, the remaining participants will explore the land in search of food. However, one survivalist will think outside the box while another struggles to deal with the situation. The survivor might also end up making a costly mistake.

The previous episode focused on a few members of the cast. They were Karie Lee, Benji, Jessie, Juan Pablo, Igor, and Jacques. Karie had 50 years of experience in survival in the wilderness. She built her shelter at a higher altitude. Next was Benji. He had a tough time preparing his shelter. He decided to search for food first before making a shelter and ended up soaking himself in a downpour. Despite the shelter setback, he killed a squirrel and found some bunchberries.

Jessie was the first woman who wins the prize money to survive in the wilderness. She also had a tough time as a bear came near her camp. But she calmly dealt with the situation. Later the scene shifted to Juan Pablo. He found a bear scat and decided to set up camp there. He had good water access and spotted some cans and used them to prepare a stove. Later it shifted to Jacques, who shot a squirrel and got a grouse too. But the coolest thing was he managed to found a jaw-based trap in the woods. Meanwhile, Igor prepared his camp in the place where he was dropped off.

Alone Season 9 Episode 2, titled “Consequences,” will air on June 2, 2022, at 9/8c only on The History Channel. The all-new episode follows a weekly release pattern airing every Thursday night. You can also stream Alone on Hulu, ESPN+, and Disney+. Stay tuned. TechRadar247 will keep you updated. 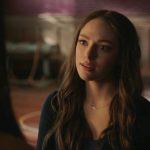 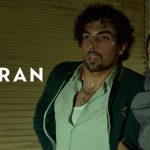