Adapting popular novel series holds as much risk as it holds potential. However, Netflix successfully pulled this off with the first season of The Lincoln Lawyer, which premiered earlier this month. Both fans, as well as critics, have well received the show based on Micheal Connelly’s The Brass Verdict. Therefore, it is not a surprise that a large number of fans are eagerly waiting for its return with The Lincoln Lawyer Season 2.

Created by David E. Kelley, Netflix’s The Lincoln Lawyer is an American legal crime mystery drama series. Based on the book of Micheal Connelly, The Lincoln Lawyers follows crime lawyer Micheal Haller working on complicated cases in his signature Lincoln.

When Is The Lincoln lawyer Season 2 Coming?

The first season of Netflix’s The Lincoln Lawyer premiered on the streaming giant on May 13, 2022. Moreover, for the fans waiting for the show’s renewal, unfortunately, we do not have the news yet. Neither Netflix nor the showrunners have made any official announcement yet about the show’s renewal for The Lincoln lawyer Season 2.

But this is not a reason for the fans to be alarmed, as it is very typical of Netflix to wait for a few months and observe how a show is performing in terms of viewership before giving it the green light for more seasons. Furthermore, the series is based on Micheal Connelly’s famous novel series. So there is no shortage of source materials to adapt from.

At the same time, another series based on Conelly’s work Bosch ran for seven seasons before continuing as Bosch Legacy. Thus, things are looking too bright for The Lincoln lawyer Season 2. But will have to wait for an official announcement for a clearer picture.

What Will Happen In The Lincoln lawyer Season 2?

The first season of the Lincoln Lawyer ended with Mickey’s win in the cast of Trevor Elliott. However, he soon realized that his client was, in fact, guilty. Mickey discovered that the wicked Judge Mary Holder had a hind in the murder of Jerry. Subsequently, he turned her to the authorities. The season concluded with Mickey eventually making amends for some of his past mistakes. Mickey ensured the release of a former client Jesus Menendez, who was wrongly convicted.

When the show comes back with The Lincoln lawyer Season 2, the narrative will be continued from where the first season ended. We will see Mickey trying another complicated case that will put him in a number of difficult situations. On the other hand, several small and less significant cases will also be throughout the season. Meanwhile, the second season could also focus on Mickey’s personal life will and how he tried to get things back on track with his ex-wife, Maggie.

How Is Mickey Different From The Books?

One of the key differences between the book and the series is that in The Brass Verdict, Haller’s father died when he was only five years old. However, in the Netflix series, Haller is much older, and there were several t his childhood flashbacks sequences throughout the first season that surprised and established a bond between the two. Moreover, we saw Elliott Gould, Haller’s father’s former partner, acting as a mentor figure for him.

Even though there are a few differences between Netflix’s shows and the book, the explanations explain the changes. Changes in the narrative and characters are necessary, given the time difference between the book. Further, many of the modifications improve the relationships between the characters, making the series emotionally more compelling.

The show also features Ntare Guma Mbaho Mwine as Raymond Griggs and Lamont Thompson in the role of Judge James Stanton. And Krista Warner plays Hayley Haller. If the show is recommissioned for The Lincoln Lawyer Season 2, we will see the return of all the main members in their respective roles. At the same time, there might also be some new faces in the second season.

Also Read The Lincoln lawyer Season 2: Will There Be Another Season? What Are The Chances? 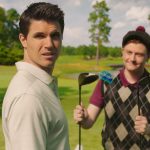 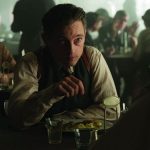