Get ready to explore the beautiful architectural stories around the world with Home Season 2. Apple TV+ has recently revealed the fate of Emmy Award-nominated design docuseries. The show will again return to enchant your world and take you on an unseen journey of creation and beauty. Appley TV+ has also dropped the first trailer of Home Season 2, which explores the different places all around the world and their beautiful and impressive houses. Keep reading to know more.

Home explores the most unusual homes around the globe and sheds light on its designers’ and owners’ wishes. That helps them reshape their rooms, walls, and the entire structure. It takes the audience to a world that explores the boundary-pushing imagination and a vision to create dream building with the help of some experts.

Home Season 2: Will It Return?

Of course! Back on Tuesday, Apple TV+ announced that design docuseries Home would return for the second season. Well, the decision came out as no surprise. The first season of Home secured to save a slot for an Emmy nomination, and it also gained 7.4/10 positive ratings on IMDb. Further, the show was highly critically acclaimed and also won many people’s hearts.

Recently, the streaming platform has dropped the second season’s first trailer, which gives an insight into House of the Big Arch in South Africa. It’s a wonderful space where nature and humans both share the same space. It also focused on the secrets of the three Generation House in Amsterdam. A wonderful project designed for the three generations of the same family. Later it focused on Longhouse in Australia, remodeled to create a living space for people.

Besides this, the trailer also sheds some light on the diverse projects that are different from each other but still share the common goal of preparing a place for humans to inhabit the planet. Home Season 2 trailer also focuses on the natural way to lighten rooms, build homes around nature, and satisfy the demands of the owners.

Each of the ten episodes will focus on various houses worldwide. The second season will explore the Casa de Carla y Pedro in Mexico City, Hourre House in France, the House of the Big Arch in South Africa, the Sag Harbor in Long Island, the Concrete Factory in Iceland, the Guha in Indonesia, the 3 Generation House in Amsterdam, the Inno-Native House in Ghana, and Bene’s House in Barcelona.

House Season 2: Who Will Return?

As of now, the streaming platform has only announced who will return to serve as the executive producer of the show. Home Season 2 is produced by A24. Kim Rozenfeld, Matthew Weaver, Ian Orefice, Collin Orcutt, Alyse Walsh, Emily Q executively produced the show. Osborne, Ben Cotner, and Sarba Das.

Apple TV+ has finally dropped that Home Season 2 will air on June 17, 2022. So only a week is left to explore the magnificent world of architecture. It will take you to a world that you have dreamt of. Stay tuned. TechRadar247 will keep you updated. 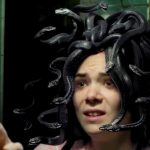 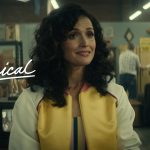