The Bachelorette has a long history of popular stars, with 18 seasons and 18 different ladies donning the titular role. However, the upcoming season of The Bachelorette will feature not one but two lead women, Rachel Recchia and Gabby Windey. Therefore, fans’ excitement is higher than usual for The Bachelorette Season 19.

ABC’s The Bachelorette is a dating reality show from the Bachelor franchise. The show usually revolves around a single woman and her search for the man of her dreams over the course of a few weeks journey on the show.

What To Expect From The Bachelorette Season 19?

Fans are wondering how Rachel Recchia and Gabby Windey’s seasons will play out since the revelation of double leads for The Bachelorette season 19. Fans are looking forward to seeing Rachel and Gabby fall in love after Clayton Echard broke their hearts last season on The Bachelor. The Bachelorette’s next season will be hosted by Jesse Palmer.

Who Is The JoJo Fletcher, The Best Bachelor So Far!

JoJo Fletcher is the most popular Bachelorette star of all time. Her Instagram account backs this up, with over 2.5 million followers, closely behind Hannah as the most followed participant. She was already well-known when she finished second on season 20 of The Bachelor, but her narrative on The Bachelorette was out of a fairy tale.

Jordan Davis was the first bachelor to approach JoJo, receiving her first impression rose and quickly becoming her clear favorite throughout the season. Fans adored JoJo and this season for the real connection she developed with Jordan. Even though prior seasons were messier and plagued with controversy. The two are still married, and their new series Cash Pad and Engaged With JoJo and Jordan have kept viewers updated on their lives.

The previous season of The Bachelorette premiered on ABC on October 21, 2021, and the season finally reached its conclusion on December 21, 2021. Meanwhile, as far as the next season of the reality series is concerned, fans will be glad to know it has already been renewed by the ABC network. The network greenlit the nineteenth season in March 2022. Moreover, as of now, the production of the season has also been wrapped up. For all the fans wondering about when the season will premiere, the answer is The Bachelorette Season 19 will debut on ABC on July 11, 2022.

Also, read The Bachelor Season 27: Who Will Feature This Time? Know Release Date 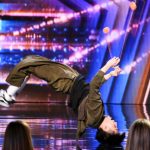