The participants will fight hard to survive in the game in Alone Season 9 Episode 3. They have to work on their shelter since winter is approaching. It will be quite difficult for them to survive in the chilly breeze and find food this winter. Apart from it, the survivors’ count is already decreasing, and now few more will leave the show. Let’s see who will be that person.

Alone Season 9 Episode 3 Preview: What Will Happen Next?

Now only nine survivors are left, and it will be thrilling to see who will leave the show in Alone Season 9 Episode 3. Now the winter season comes near. The participants need to build a permanent shelter. They have to divide their time between building permanent shelters and searching for food. While some will do their best to build a shelter, one will slip away. It further seems like someone will deal with a deadly encounter. They need to fight back to survive in the game.

The previous episode opened up with a heavy downpour on the eastern coast of Labrador. The participants had to deal with giardia- a parasite- and the lack of hydration could turn into lightheadedness. As per the regulation, they could use a fly rod and dip net for fishing. They were given nine arrows to haunt their prey. On the first day, Teimojin Tan revealed that he knew about primitive survival techniques as he served the Canadian Armed Forces and served them for six years. He believed that her medical training was an advantage in this competition.

So, Tan came up with the idea to survive in such a harsh condition. He was tasked to dig a fire pit on the seventh day. He was working on his shelter and trying his best to manage the temperature drop. Meanwhile, another contestant named Terry Burns had an experience in fishing, so he had an advantage of it. He prepared a simple shelter, but the flame wasn’t enough to keep him warm. Later it was Tom Garstang who tried bunchberries for his lunch. He first killed a squirrel, made a squirrel stew, and kept an eye on the predators.

Alone Season 9 Episode 3, titled “The Law Of The Land,” will air on History TV on June 9, 2022, at 9/8c. The 93 minutes long episode is also available to stream on Discovery+ as well as the History website. The all-new episode follows a weekly release pattern. You can also stream it on live-streaming platforms like Philo TV, DirecTV, Sling TV, and Fubo TV. Alone is also available to stream on VOD platforms like Apple TV, iTunes, and Amazon Prime Video. Stay tuned. TechRadar247 will keep you updated. 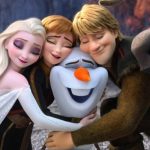 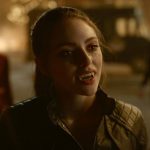