It seems like Yu-Mi will find a new way to deal with her heartbreak in Yumi’s Cells Season 2 Ep 1. She recently broke up with her partner and will work on getting in better shape. Meanwhile, her transfer will bring some new and exciting changes in her life. She will also meet someone in the upcoming episode. Keep reading to know more.

Yumi’s Cells Season 2 Ep 1 Preview: What Will Happen Next?

The upcoming episode will finally reveal Yumi’s new lifestyle. She broke up in the previous season’s finale, and now she will work on the way to deal with her heartbreak. Apart from this, Yumi changed her department in the last season. She transferred to the marketing department. So Yumi’s Cells Season 2 Ep 1 will see her new work life and how she manages the work pressure. Yu-Mi will finally do something which she likes the most.

The trailer also reveals that Yu-Mi will find new love. She’s seen flirting with Yoo Babi. However, they both seem shy and hesitant to take a new step. Both of them had dealt with their previous relationship trauma, so it would be quite challenging for them to enter a new relationship. However, they will soon receive a blind date invitation that will bring them closer than ever.

In the previous season‘s finale, Woong met with Yu-Mi. They spent some time apart. The Emotional Cell took control over Cell Land when the couple spent their time singing karaoke and watching some videos. The following day Yu-Mi continued to work, but she realized that she was alone and now there was no one around her. Bobby sensed that something was wrong. He knew it was hard to stay alone as his girlfriend dumped him. Bobby later spotted some pictures of Woong.

So, he encouraged Yu-Mi to go out with him for a run and do some exercise as it would be great for her health. But she decided to pay a visit to her parents. The next day Woong messaged her, and they decided to meet. He decided to break up with her for real. Yu-Mi also played the game well and finally placed her break-up card on the table too. Their relationship was finally over after dating for a year. Yu-Mi’s third official relationship ended.

Yumi’s Cells Season 2 Ep 1 will air on June 10, 2022, at 10.50 pm KST only on TVING. The all-new episode airs two days per week. It is set to air every Friday and Saturday. You can also stream the show on iQIYI and Rakuten Viki. Stay tuned. TechRadar247 will keep you updated. 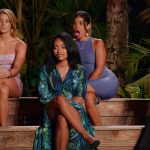 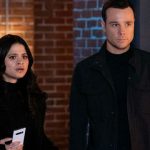