It looks like Paige will find a new partner in Love Island Season 8 Episode 7. Well, she thought she would head with her selected partner, but it looked like nothing would go as per her plan. Meanwhile, Alfa will have a hard time coupling up. Gemma will finally select a new partner while Liam will be busy finding his true love. Keep reading to know more.

Love Island Season 8 Episode 7: What Will Happen Next?

The couple will recouple again. Paige will wonder with whom she wants to go. She thought she and Andrew would have a nice time together. But Andrew is focusing on Dammi now. Gemma will also work on building a new relationship. As for Luca, he will have a heated conversation with Davide over a girl. It remains unclear who will be the person, but we can expect some thrilling moments to occur in Love Island Season 8 Episode 7.

Davide has finally found the love of his life in the previous episode. He and Gemma discussed their attraction toward each other and how he is drawn toward her. Well, Gemma ditched Liam to stay with Davide. So she was happy after listening to his words.

But all the glitters are not gold. Davide finally revealed his thoughts with whom he wanted to pair up. It left Gemma in a jolting state. Meanwhile, Liam worked hard to find Afia and Ekun’s attention. After being ditched by Gemma, he rushed to find a new girl to fill the void. Andrew kissed Paige and told her that he wanted to stay with her. But in the meantime, he talked to Dammi about dating each other. When Paige learned about this, she was shocked and heartbroken.

Love Island Season 8 Episode 7 will air on June 12, 2022, at 9 pm GMT only on ITV2. You can also stream the reality television show on ITVhub. The all-new episode airs every day except Saturday. The first episode will be available on Hulu on June 13. Stay tuned. TechRadar247 will keep you updated. 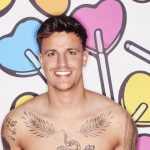 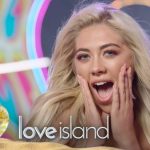