Swedish Love & Anarchy returns with another season to surprise its fans. Love & Anarchy Season 2 will focus on Sofie’s decision. Well, fans were left on a cliffhanger note that left them wondering what would happen next in the upcoming season. But it looks like the second run will be fiery and filled with plenty of twists that might keep the couple away from each other. Keep reading to know more.

Created by Lisa Langseth, the show focus on ambitious consultant Sofie who seems frustrated with her marriage life. She was assigned to restructure an old and well-established publishing house to prevent it from falling apart. However, things turned drastic when she met a young IT expert Max. She started liking him, and they continued to flirt, that later took them to the worst state.

Love & Anarchy Season 2: What Will Happen Next?

Last month Netflix dropped the first trailer of Love & Anarchy Season 2, which hints at a new beginning. The story focuses on the complicated affair between Max and Sofie, who worked together in an old-establishing publishing house. They both played a game involving staying bold and suggestive, and soon they were both caught in a fire. But remained unharmed, and now in the next season, they will continue to play their game. Sofie will finally show some courage. She will select her happiness over anything. She wants to run away from her responsibility, especially her controlling husband.

Sofie finally decides to stay with Max, and the promo teases that they decide to take their relationship to the next level. However, things start to fall apart when Sofie becomes the in charge of the publishing house. Now she becomes the boss and orders Max to stay away from her. She later starts having fun with someone else while Max remains on edge. He meets someone else and decides to forget Sofia. But can he?

Love & Anarchy Season 2: Who Will Be In The Cast?

The previous season’s cast members will return for the second run. These include Ida Engvoll as Sofie, Bjorn Mosten as Max, and Johannes Bah Kuhnke as Johan. Apart from them, Bjorn Kjellman as Ronny will join Reine Brynolfsson as Friedrich. Carla Sehn as Caroline will also join Gizem Erdogan as Denise. However, there will be some new members who will join the show. But Netflix hasn’t revealed much about their characters’ backgrounds.

Netflix officially renewed the show back in 2020, and it will now air on June 16, 2022, on Netflix. It will drop the entire eight episodes on the same day. Finally, fans will learn what will be the future holds for Sofie and Max. As of now, the giant streaming platform hasn’t dropped any update regarding the third season. So stay with us. TechRadar247 will keep you updated. 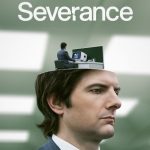