Soon after the first season of Alter Ego ended, fans started clamoring about Alter Ego Season 2. The singing competition takes a break from the normal reality series and introduces a twist that leaves the fans in amazement. Instead of the contestants performing in front of the audience, they were asked to perform backstage. Meanwhile, their digitized avatars performed on stage. Isn’t it interesting? But will it help the show come up with Alter Ego Season 2? Stay with us to know more.

Alter Ego is a reality singing game show. It is hosted by Rocsi Diaz, while Will I. Am, Nick Lachey, Grimes, and Alanis Morissette are the show’s judges. The first season aired back on September 22, 2021, on Fox. The contestants sing and dance backstage in the show, and the motion capture technology projects their avatar on stage. It brings a fresh perspective to reality. Jacob Thomsen won the first season.

Alter Ego Season 2: Is It Renewed?

It’s almost been nine months, and Fox hasn’t revealed the future of the show. It has neither renewed the show nor canceled it. So there is hope that the network will soon reveal the show’s future. Well, Fox believes in selling content that the audience likes and shows engagement in it. Speaking about engagement, the first season secured a 0.43 rating in the 18-49 demo. Besides, it also gained 2.22 million viewers per day on the live+. Further, the show gained 2 million viewership in its debut. However, as per the reports, its ratings dropped soon.

The chances of Alter Ego Season 2 are quite low. This is because the show gained a 17% response on Rotten Tomatoes and a 50% score from the audience. Further, it failed to win the critics’ hearts. Its parent series, The Masked Singer, easily managed to gain about 4 million viewers a week. It was way too higher than its successor had gained. Further, similar shows like Dancing With The Stars and The Voice also had to fare well in ratings. So it seemed like it would be the main reason behind this delay.

Alter Ego Season 2: Who Could Be In The Cast?

Well, the network has yet to renew the show and who will return for the second run. Undoubtedly, the new participants will join the show and perform their best song to win the title. But fans have to wait a little longer to see who will return. However, we can safely bet that Will. I. Am, Grimes, Alanis Morissette, and Nick Lachey will indeed return as judges. Meanwhile, Rocsi Diaz will return as the series host.

Well, the show has yet to renew but deeming the last season, we can expect the second season to follow the same time frame. The creators will take some time to film the show post-announcement. Once it is wrapped up, then we can expect that Alter Ego Season 2 will air sometime in late 2022. 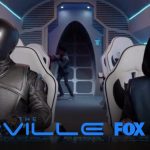