It’s almost been a year since The Pact fans last saw The Pact on their screen, and now they are clamoring for The Pact Season 2. Fans are eagerly waiting to hear from the network about its possible second season. Well, the series is issued as the miniseries hinting there probably won’t be any other season. However, the series boss has recently revealed some updates about the potential of The Pact Season 2. Keep reading to know more.

Created by Pete McTighe, The Pact follows four friends Cat, Nancy, Louie, and Anna. They work in a family brewery in mid-Wales. The owner has recently retired from his position and decided to put his son, Jack, in charge. However, the cocaine addict boss didn’t treat his staff well. So, the four friends abducted Jack and left him in the woods during the centenary party. But when the four friends returned to check on him, they find him dead.

Has It Renewed Yet?

Unfortunately, not yet. BBC One has yet to announce the show’s future. However, the show was issued as a miniseries, hinting it won’t return for the second season. However, the series creator revealed that they are interested in telling fresher stories to the audience. So they are considering running the show in an anthology format. But he admitted that they are currently looking for the audience response based on which they will decide the show’s future.

The series actress Rakie Ayola also confirmed that they hope for the second run. Based on the success of the series, everyone is expecting at least one more installment in the future. Speaking about its ratings, The Pact has received a positive response. It gained 7.9/10 positive responses on IMDb, while on Rotten Tomatoes, it gained 92% positive ratings. So considering this, we can expect The Pact Season 2 will soon get renewed.

The Pact Season 2: What Will Happen Next?

The first season focused on Jack Evan’s murder investigation. The four friends, Anna, Nancy, Louie, and Cat, decided to give Jack a lesson, so they left him in the woods. But unfortunately, when they returned to check on him, they found him dead. Now they have to conceal their involvement in the case. However, Anna remained in a challenging position as her spouse Max investigated the case. As soon as he digs deeper into the case, the situation gets tenser between the couple.

But it revealed that Anna’s daughter Tamsin killed Jack in the end. She revealed she was pregnant with Jack’s child, but he forced her to abort the baby. So she decided to kill him off. But the twist appeared when Nancy took the blame to help her friends get out of it. We expect the second season to unfold a truly different story now that they have solved the mystery.

Currently, it remains unclear who will return for the second run. The creator has already revealed that the show will follow the anthology style. It means anything could happen. So it looks like some new cast members will join the cast in the upcoming season. But we do expect that the following characters might make their return. These include Laura Fraser, Eiry Thomas, Julie Hesmondhalgh, and Heledd Gwyn.

As of now, BBC One hasn’t revealed whether The Pact will return for the second season. However, the series star and creator have already opened up about the second run. This means The Pact Season 2 is on the cards. Before premiering on Sundance Now on December 2, 2021, it aired in the UK on BBC on May 17, 2021. So we can expect the same with the second season. It might return next year on BBC as well as Sundance Now. 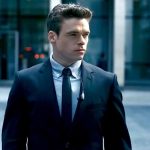