It looks like Danica will face a tough time with Jay in Love Island Season 8 Episode 25. She wants to know Jay, and she made it clear. But Jay is more into Antigoni, and he told her before. But despite knowing this, she picked him. Now things will tense between them and become quite chaotic soon. Meanwhile, it will be thrilling to see Ekin-Su and Davide restarting everything after their messy split. Keep reading to know more.

Love Island Season 8 Episode 25: What Will Happen Next?

Ekin-Su finally reunited with Davide, and now she wants to give their relationship a second chance. Well, she created a big mess when Jay entered the villa and blamed Davide for not showing much effort. But when Jay left her alone, she decided to reconcile with Davide. Meanwhile, Jay and Danica will have a tough time together.

The islanders will do their best to help them settle, but the fight will continue. As for Antigoni, she won’t talk to Ekin-Su and Danica. But will try her best to know Charlie. Meanwhile, the islanders will be unaware that people are voting for them, and the least favorite couple will leave the villa.

In the previous episode, Dami and Andrew tried to settle everything down by preparing breakfast for both Indiyah and Tasha. Jacques also apologized to Paige. Soon Ekin-Su received another message that said the recoupling would take place later that day, and now girls could choose their partner. So Danica had a chat with Jay. She shared her interest to know him. But he revealed that he had a romantic connection with Antigoni and pointed out the age gap between them.

He later spoke to Antigoni and shared his conversation with Danica. Soon recoupling took place, and everyone gathered near the fire pit. Paige chose Jacques, Gemma stayed with Luca, Tasha picked Andrew, and Indiyah selected Dami. Ekin-Su decided to give Davide another chance. Now Danica was left to pick, and she picked Jay, leaving Charlie for Antigoni. However, Antigoni wasn’t happy with Ekin-Su’s decision. Meanwhile, Jay didn’t want to be with Danica, and everyone tried to clear the air.

Love Island Season 8 Episode 25 will air on June 30, 2022, at 9 pm GMT only on ITV2. You can also stream it on ITBhub+. The all-new episode airs every day except Saturday. For US audiences, the show is available to stream on Hulu. Stay tuned. TechRadar247 will keep you updated. 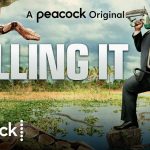