Home Entertainment Will There Be The Matrix 5? What Keanu Reeves Has To Say About The Future Of The Franchise?
Entertainment Movies News

Will There Be The Matrix 5? What Keanu Reeves Has To Say About The Future Of The Franchise? 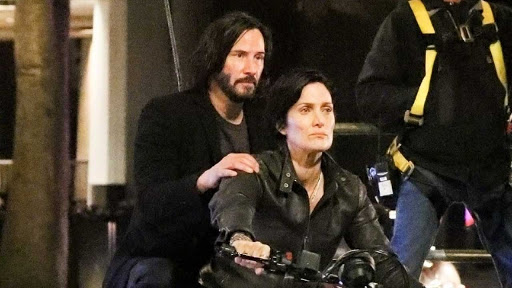 The Matrix franchise is among the most popular film trilogies of all time. Therefore fans were divided on the spectrum of Skepticism and excitement when The Matrix Resurrection was announced after almost 20 years. However, the movie failed to meet the expectations of the fans. But some fans still hope that The Matrix 5 might revive the franchise in the way it deserves.

Will There Be The Matrix 5?

Nearly two decades after the end of the original trilogy, the fourth part in the film titled The Matrix Resurrection hit the theatres. However, despite being one of the most anticipated films of the 21st century. Resurrection was a miserable crash at the box office. Made with a budget of about $190 million, the movie failed even to cover its investment and was a big flop. Therefore, the chances of Matrix 5 happening are not very bright (if there ever were).

This film was so disappointing that it angered many fans who believed that the franchised should not have been revived and ruined. On the other hand, some believe that The Matrix 5 might be better and try to correct the mess the fourth film made.

While talking about the idea of returning to the fifth film, lead cast member Keanu Reeves stated in an interview, “I mean, if she wanted to do another story and wanted to include me. I would be honored and grateful. And I’d like to see what happens to Trinity and Neo and the world”. Therefore, fans who are excited about The Matrix 5 have a glimmer of hope.

What Can The Matrix 5 Be About?

In the film’s final moments, Neo and Trinity reveal their idea that they want to transform the Matrix into a more wholesome place. A place with storyline possibility in itself. Meanwhile, we also learned that the Analyst is not at the top as he answers to higher powers called “the Suits”. The movie also revealed that blue pills might have turned some humans into enemies. Much like as some Machines turned good, serving as a potential setup for The Matrix 5.

If the makers decided to move forward with The Matrix 5, it seems very likely that the continuation would feature Jonathan Groff’s Agent Smith. After he aided Trinty and Neo in taking down the Analyst, Smith expressed their troubled collaboration over. He then disappeared into the night. But we know that a free Smith is not good for the future of a peaceful Matrix.

How The Matrix 4 Modernized The Franchise?

The idea that the human race is trapped in a computer simulation has become prevalent thanks to online conspiracy theories. However, when the first Matrix film was released, it was a completely new concept that caught the world by storm.

The necessity for free choice was a fundamental topic of the original Matrix trilogy. And Lana Wachowski’s The Matrix Resurrections updates this perspective for the social media age. Even after spending 60 years in a digital prison, Neo’s free will affords him authority in Resurrections.