Ever since we learned about the underground organ trafficking ring at the end of the second season of ITV’s Grace, fans of the show have been waiting for the show’s return with Grace Season 3. And seems like their wishes have been answered, as the network has greenlit the show for a third installment. So let’s discuss what will happen in Grace Season 3.

Created by Russell Lewis, ITV’s Grace is a British crime drama series based on the eponymous best-selling novel by Peter James. The show, which debuted in 2020, follows  DSI Roy Grace, who uses his paranormal abilities to solve crimes.

What To Expect From Grace Season 3?

The second season of ITV’s British crime drama series ended with the shocking revelation of an underground racket of organ trafficking. Even though there are no confirmations about the plot of Grace Season 3, we know that the show will continue the story after the events of the second season.

Meanwhile, during a press conference last year, John Simm talked about the potential third season. He stated, “We all hope, all of us, that we get to do more and we get to do all these 17 books. Because there’s plenty of source material and it’s all really, really high quality so, fingers crossed”. We assume that the series will continue to adapt the books in the order in which they were published.

Only three of the four episodes that were published this year were produced in the same batch. So, if we had to speculate, we’d say season 3 would adapt three additional books in the series.

Who Will Star In Grace Season 3?

Furthermore, in the show, we see Omaka Amafor as Emma-Jayne Boutwood, Zoe Tapper playing Cleo Moray, and Clare Calbraith essaying Sandy Grace. And Adrian Rawlins as Harry Frame. When the show returns with Grace Season 3, the majority of the main cast members will be back in their roles. At the same time, there might also be some new faces in the cast of the show.

The second season of Grace premiered on ITV on May 08, 2022, and the season came to an end on May 22, 2022. Meanwhile, we have some delightful news for the fans of the show hoping for it to come back. The overwhelming response toward the first two seasons has led the makers to renew the show for Grace Season 3.

The writer of the story, Peter James, made the announcement from his official Twitter handle on May 19, 2022. He wrote, “Seeing GRACE adapted so well for the small screen. And to see it top the national TV viewing ratings for three consecutive Sundays is more than a dream come true. And I’m really thrilled to confirm that there will be a third series!!! ” As of now, the release date for the third season has not been specified, but we assume the season will drop in 2023. 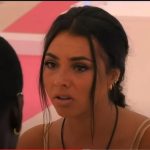 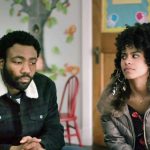