Written and created by Sandy Honig, Alyssa Stonoha, and Mitra Jouhari, Adult Swim’s Three Busy Debras is one of a kind comedy series that debuted in March 2020. As the show was greenlit for a second season in May 2020, fans have been anticipating its return. Now, the trailer for Three Busy Debras Season 2 is here. So, let’s discuss what will happen in the next season.

The first season of the comedy series took place in the fictional Connecticut suburb of Lemoncurd. The town was filled with rich inhabitants. Three Busy Debra season one revolved around the lives of three busy Debras, meaning three housewives named Debra. All three women had tendencies of a psychopath but had some differences in their characteristics.

First of three, Debras is Sandy Honig’s Debra, a woman who never misses out on a moment to exhibit her pearls. The second one is Alyssa Stonoha’s Debra, who says everything in a deadpan manner. And the last one is Mitra Jouhari’s Debra, the town’s black sheep, who is a less respected group member.

The three women on the show partake in quirky and weird actions and talk that some may find provocative, while others may find hysterically humorous. Talking about the show, producer Amy Poehler once said, “Paper Kite is thrilled to help amplify the bold and bloody voices of the Three Busy Debras. We hope this show makes you feel strange in all the right ways.”

On March 10, 2022, Adult Swim shared the trailer for Three Busy Debras Season 2. The trailer gives us a glimpse of the upcoming season. The trailer reveals that there will be a crisis of milk shortage in Lemoncurd. The milk isn’t pouring out of the spigot in the trailer. Thus, Lemoncurd is experiencing a milk scarcity due to a drought. The first-look photographs also suggest that, as you might guess, the milk problem could escalate into a revolution, courtesy of Debra, Debra. And Debra is escorting them to a balcony armed with weapons and dynamite. And they’ll kill anyone they need to in order to return to normalcy.

Who Will Appear In Three Busy Debra Season 2?

The first season of the Adult Swim’s Three Busy Debra features Sandy Honig, Alyssa Stonoha, and Mitra Jouhari in the role of three Debras. Three are the only characters in the show. The trio met each other for the first time on Twitter as all of them were Upright Citizens Brigade improv and sketch community. The three actors have also worked together in ‘The Special Without Brett Davis.’ In addition to acting in the series, the trio is also the creator of the series. When the series returns with Three Busy Debras Season 2, all three of these main characters will be back to reprise their roles in the second season.

The first season of the live-action comedy-drama series premiered on Adult Swim on March 29, 2020, and the season came to an end with the finale airing on May 3, 2020. Meanwhile, talking about the prospect of Three Busy Debras Season 2, the series got renewed for the second reason by Adult Swim in May 2020. Meanwhile, the season suffered production delays due to the global Covid19 pandemic, much like everything else in the world in 2020. But the good news is the waiting days are almost over as Three Busy Debra Season 2 will premiere on Adult Swim on April 24, 2022. 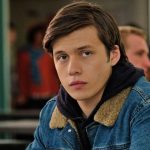