If a man keeps up with his destructive habits, the future of the planet will be in ruins. That is exactly what AMC’s Moonhaven shows. The first season of the series is coming to an end with the one remaining episode. But we have the good news for the fans regarding Moonhaven Season 2.

Created by Peter Ocko, AMC’s Moonhaven is a dystopian science fiction drama series that debuted last month. The story follows people escaping Earth to go to the titular lunar colony so that human society can be saved. But everything is not what it seems!

The pilot of the first season premiered on AMC on July 7, 2022. The first season will conclude soon, with the finale dropping on August 4, 2022. As we know, the first season of the series is still on the air. However, the network has shown faith by renewing Moonhaven Season 2 in advance. No details about the production and release date of the second have been revealed yet. But viewers can expect the second season to release around the same time next year.

What Is The Bridge In Moonhaven?

In the series, we see that the Earth is moving towards destruction due to the over-depletion of the planet’s resources. As a result, human civilization is on the verge of complete fallout and collapse. Due to this, men are moving to a lunar colony called the Moonhaven. To facilitate that space travel, The High council has started a program called The Bridge. Soon we learn that it is not what it earlier seemed to be.

Humanity will be led by the first line of travelers, who will also supervise any changes made by the IO. They will therefore act as a direct link between the civilization on Earth and the one that IO has built on the moon. On the other hand, Chill Spen indicated that The Bridge is not intended to preserve mankind. According to him, The Bridge is a trap that might bring humanity’s extinction instead.

We are aware that The Bridge has the capacity to stoke political unrest on Earth. Furthermore, The Bridge is being targeted by an extreme organization that wants to seize control of it. The specific nature of The bridge is still unknown. However, other viewers believe The Bridge may be a scheme to end Earth’s existence so that people might start anew and create a new civilization.

Who Will Star In Moonhaven Season 2?

In addition, we have Thom Ashley as Tello, Charis Agbonlahor playing Loa, and Michelle Lehane in the role of Kardos. When the show returns with Moonhaven Season 2, it will bring back the majority of the main cast members in their roles. On the other hand, we may see some new addition to the cast of the second season. 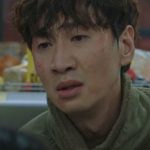