Isaiah and Sydney’s drama isn’t over yet and will continue in Love Island Season 4 Episode 24. Isaiah picked Phoebe despite having a strong bond with Sydney. Now Sydney is in the worst condition. But will Isaiah return to her? It remains a big question here. Further, Nadjha will try to win back his boy. Is it Isaiah? Will Isaiah give her a chance in the middle of his Phoebe and Sydney drama? Well, it remains up in the air. But keep reading to know more.

Love Island Season 4 Episode 24: What Will Happen Next?

In the following episode, Nadjha decides to rekindle with Jeff, leaving Nic in a vulnerable situation. Nic will pull Nadjha for a chat and discuss their current status. But she will reveal that she is more into Jeff leaving Nic alone. Deb will also rekindle with Jesse.

However, Isaiah will be walking on fire. Phoebe will try her best to make Sydney drop the idea of reuniting with Isaiah. But he will notice this and have a word with Phoebe, who needs his time. As for Isaiah, he will continue to sway between Phoebe and Sydney. But after seeing Sydney crying, he will make up his mind and decide to recouple with Sydney, leaving Phoebe alone.

Previously in Love Island Season 4 Episode 23, Nadjha tried to talk to Jeff, but he showed her a cold shoulder. The same thing happened with Deb and Jesse. She was crying as he stayed single for her. But now, they couldn’t undo it. As for Isaiah, he had a second thought and talked to Sydney about his feelings. He was swaying between Sydney and Phoebe. While he approached her for a chat, everyone was trying to comfort Sydney. Meanwhile, Timmy and Zeta seemed in the right mood. They rekindled and decided to cuddle all night. Later everyone entered the villa, and Zimmy cuddled all night as they said.

But before going to bed, Zeta and Isaiah talked, leaving Isaiah crying for Sydney. He wanted to go back to her. But he still had some doubts. The next morning, Deb talked to Jesse, and they both hugged. However, Kyle wasn’t in the mood to appreciate it. So he left the villa leaving Deb and Jesse to recouple again. As for Nadjha, she spoke to Jeff, and they finally shared a kiss. Meanwhile, Isaiah, Phoebe, and Sydney drama continued. Phoebe wanted reassurance which pissed Isaiah off.

Love Island Season 4 Episode 24 will air on August 13, 2022. It will be available on Peacock. The all-new episodes air every day except Mondays. The UK audience can stream it on Now. Stay tuned. TechRadar247 will keep you updated. 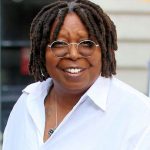 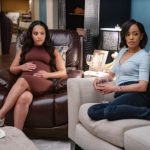