tvN’s fantasy romantic series Alchemy Of Souls debuted on the network in June. The intriguing story has gripped the fans so much that they not only wait for every coming episode with eagerness. But also, there’s a buzz about Alchemy of Souls Season 2, despite a few episodes left in the first season. So, let’s discuss what we know about the second season.

Is Alchemy Of Souls Season 2 Coming?

The first season of the fantasy drama series premiered on the network on June 8, 2022. And the season is set to conclude, with the finale dropping on August 28, 2022. As you guess, it is very early to talk about the future of the series as it still quite a few episodes left in the first season. Therefore, at this point, nothing can be said about whether or not there will be Alchemy Of Souls Season 2. Fans will have to wait till the season wraps; only then will we have some confirmation about the show’s future. So let’s sit tight and have a little more patience.

What Can Alchemy Of Souls Season 2 Be About?

The series is set in a fictional world. It relates the tale of a strong country where magicians have access to the enormous power of the lake where it is located. Nak-su, a notorious mage assassin, is injured in a fight at the start of the narrative. To accomplish the Alchemy of Souls, Nak-su utilizes a soul ejector. She transfers her spirit into Mu-deok, a blind person.

In a weak body devoid of any abilities, Nak-su searches for a means to reclaim her magic and sword. She accepts the position of a maid for Jang Uk, a prominent magician family’s son. Due to his father’s sealing of his skills, he cannot pursue mage training. When Jang Uk first meets Mu-deok, he realizes that she is his actual master.

Not much is known about what direction the story will take in the show’s potential second season. But if the show returns with Alchemy of Souls Season 2, we assume it may continue the narrative after the ending of the first season. We will find out what the future has in store for Nak-su and other characters in the series.

Furthermore, Yoo In Soo stars as Park Dang Gu, Arin portrays Jin Cho Yeon, and Do Sang Woo appears as Seo Yoon Oh. Now, talking about the second season, there are rumors that Jung So-Min is exiting the series, and Go Yoon-jung replace her as Mu-Deok in Alchemy of Souls Season 2. Apart from that, all the main cast members from the first season are expected to return if the show comes back. 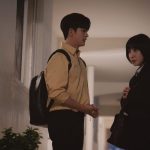 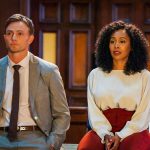