Things will be insane in High School Musical: The Musical: The Series Season 3 Episode 6. Well, the Wildcats have been dealing with plenty of complications. But the team will face some internal conflict in the upcoming episode. So now they must come back with a solution to resolve the matter. Can they save their team from splitting? Keep reading to know more.

In the following episode, the Wildcats will be busy with their rehearsal. However, after an explosive rehearsal, the team lose their mind. It leads to the Color War. Further, an annual all-camp competition will create a mess, and rivalries aren’t formed. It is encouraged. Now the stakes are higher as they will compete for the rock-climbing wall. But will the Wildcats return like one team again after competing with each other?

In the previous episode, the campers started implementing the formulas to create their reality television within their production to help gain the documentary’s appeal to Corbin. In contrast, Carlos led the group in improvisational activities to work on the fictional conflict between the cast. However, everyone was surprised as the camera captured Gina’s real emotions and concern for E.J’s bond with Val. Later, Alex and Emmy rehearsed “A Little Bit Of You,” followed by Ricky and Gina singing “What Do You Know About Love?” leading to false disagreements.

Most of the cast noticed Ricky and Gina’s connection while Gina talked to E.J. for keeping a secret from her about her move to St. Louis. Meanwhile, Channing was glad about his film. But the fictional drama turned into a reality. Later the group ultimately learned Jet and Maddox were siblings. After then, Maddox spoke with Ashlyn as she suspected Ashlyn had feelings for Val. As for Kourtney, she was dealing with her anxieties. Ricky told Carlos about his feelings for Gina, but the camera caught it. Later, Jet sang a song.

High School Musical: The Musical: The Series Season 3 Episode 6, titled “Color War,” will air on Wednesday, August 31, 2022, on Disney+. Due to its exclusivity, the show is only available on Disney+. Stay tuned. TechRadar247 will keep you updated. 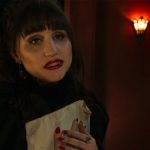 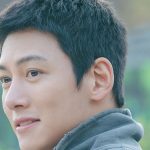