It’s been a while since Park Chang Ho has been trying to get his hand on the real Big Mouse. However, the deeper he goes, the more complicated this case becomes in Big Mouth Ep 11. Now he suspects the infamous swindler has an ally. So he will focus on getting to the bottom of this mystery. But can he? Further, dealing with the Park’s next target won’t be easy. Keep reading to know more.

Big Mouth Ep 11: What Will Happen Next?

In the following episode, Guard Gan Soo Chul will take over Warden Park’s position. Gan will be in charge of the Gucheon inmates. However, Mr. Park Yoon Gab will join an inmate group in prison. He will be ashamed of his action and wonder what he did to face such abuse. Soon all the inmates will gather in the hall, and Gan will start making fun of Yoon Gab in front of everyone. However, Park Chang Ho will get an idea to team up with Gan as it will help him learn about Mr. Gan as he’s one of the candidates seen as Big Mouse’s accomplice.

Previously in Big Mouth Ep 10, the curtain was finally lifted when the warden admitted he was being Big Mouse. When Chang-ho showed him a tarot card, he asked him to speak directly, letting Chang-ho doubt his identity. But after seeing a tattoo of Big Mouse’s symbol, Chang-ho realized that the warden was just one of Big Mouse’s dogs, not the real Big Mouse. He recorded the entire conversation. Meanwhile, Mi-ho visited Jerry and believed that Chang-ho mistook in thinking Jerry met Big Mouse, and he agreed to testify at Chang-ho’s trial.

Meanwhile, Mayor Choi watched the document on Gucheon. However, he stopped the documentary in the middle when he saw a family in the film. Soon it took us back in time when the same young boy from the film was crying and calling his grandfather beside a burning car. But others held him back. He looked similar to Mayor Choi. But they checked it. The boy died soon after, and later Ji-hoon and Mayor Choi exchanged words. Later, Mayor Choi received a call from Chang-ho, who wanted to prosecute the interrogation the following day.

It remains unclear whether Park’s partnership with Gan help him find out about the Big Mouse and his accomplice. Big Mouth Ep 11, which will air on September 2, 2022, will answer all the questions. It will be available on MBC and Disney+. Stay tuned. TechRadar247 will keep you updated. 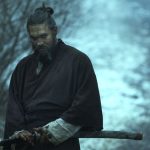 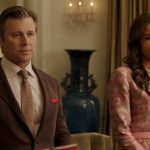