Amazon’s teen drama, Panic, has been a highly awaited show in the dystopian teen genre. Created and written by Lauren Oliver, the show is based on her 2014 novel, Panic. The teen drama was released on Amazon Prime Video on May 28, 2021, and featured ten episodes during the first season. Since then, fans have been eagerly waiting for the return of Panic Season 2.

The story is set in the small town of Carp, Texas. Each summer after the senior year, 23 graduate students are given the opportunity to participate in the annual Panic competition. The student who wins Panic is awarded a prize of $50,000 and the freedom to escape the town. However, some shocking changes in the rules of Panic this year make the students wonder about the risks they are willing to get in order to escape their mysterious town. Panic was one of the initial projects along with The Wilds that Amazon ordered from YA in 2018. So, has Prime Video renewed the shoe for a second installment? Keep reading ahead to find out!

Panic Season 2: Will The Show Return For Another Season?

Three months after the show’s release in May, Amazon decided not to pick up Panic for a second season in August 2021. Fans were in a little shock when the network announced the sad news. However, there were several reasons why the network opted to go against a renewal. Panic managed to gross a rating of 6.6/10 on IMDB and 65% on Rotten Tomatoes. Initially, the network showed their full support for the show. However, the viewership records could not reciprocate the network’s expectations. Hence, low viewership stats were one reason why Amazon canceled the series. Panic could not perform as well as its sister YA drama The Wilds, which was renewed by the network for another season.

Further, season 1 told the whole story of Oliver’s novel. We get to see how the game begins and the journey of these graduates doing all they can and learning every step of the way to get closer to freedom. Thus, the first installment concluded the story that was there to be told. Hence, with no further reference to build a second season’s story, the network decided to put the series to rest.

Is There A Possibility Of Panic’s Return?

As per the current circumstances, it is highly unlikely that the fans would get to see Panic Season 2. However, it seems like Lauren Oliver is currently working on the second part of her novel. Thus, the network can adapt her second novel in the form of a second season. Oliver is keen on continuing the story that she started with her book. Thus, we can expect Oliver to explore the mythological aspects of her creation and take the characters on future journeys. Moreover, the network can continue Panic as an anthology series. Hence, there is a slight bit of hope that the teen drama could return for another season in the future.

Who Could Return In Next Season?

The lead cast member Olivia Welch could return as Heather Nile if the network revives Panic for season 2. Heather is a high school graduate who joins Panic at the last minute when his mom spends the tuition fees he had saved for college. He is poor and lives with his mom in a trailer. Moreover, Jessica Saula could return as Natalie Williams, Heather’s best friend who teams up with her at the competition.

Further, Mike Faist as Dodge Mason, Ray Nicholson as Ray Hall, and Cameron Jones as Bishop Moore could also appear in season 2. So, if Oliver’s book comes through and Prime Video confirms the second season, we can see these characters revived for another adventure.

Panic Season 2: When Does It Return?

Amazon Prime Video canceled Panic in August 2021. Thus, Panic season 2 is not coming for now. However, we can expect the story to continue if the network revives the show or another network takes over to tell the stories. So, stay tuned for more informative news updates only on Techradar247.com. 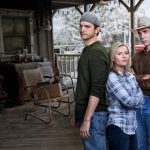 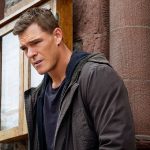