If you are also awaiting the much-asked sequel of the KDRAMA, here it is. Its OFFICIAL. DP is all set to return with a second season sooner than you expected. As confirmed by our beloved Jung Hye-in himself hours ago, DP Season 2 is all in production. What to know more details about it? Keep reading.

Netflix’s DP is Korean military action drama series that debuted on the streaming giant Netflix in August 2022. The show, produced by Kim Bo-tong and Han Jun-hee, stars Jung Hae in the lead role of a new cadet who joins the military academy. Given the widespread success of the first season, fans have been excited since Netflix green DP season 2 in December 2021. If you want to learn more about the season, here’s all you need to know.

Yesterday, cast member Jung Hae-in shared his picture on his Instagram handle, which Kdrama fans believed to be from the set of DP Season 2. And today only, the lead star himself confirmed in another post. As Hye-in mentioned in the caption, “Please look forward to it (DP Season 2).” With this, the Kdrama fam fraternity is going haywire as now, they will get to see their favorite Ahn Jun-ho once again on the screens.

What To Expect From DP Season 2?

In the inaugural season of the K-drama series, Ahn Jun-ho went to join the army. However, while undergoing tough and body-beaking training, he learned that there was so much politics involved. He thus finds himself in a difficult situation when assigned to the DP squad since he can relate to those who decide to leave the service. Throughout the season, Jun-ho accepts various tasks, some of which are more dangerous than others.

Joon Ho chose not to follow the decisions made by his unit leader in the conclusion. The DP turns in the same direction as the rest of the group. As they walk away, the member turns to face the other. Joon Ho’s enlistment is over 500 days away from being done, so he doesn’t have many options for where to go.

As the series has been confirmed to be returning with a second season, we can expect the show to continue the story after the first season’s conclusion. In DP season 2, we will see what lies ahead for Jun-ho. Possibly, Jun-ho will be able to enjoy that aspect of military service even more in the second season. In addition, several other subplots will unfold in the second installment of the series. Fans expect the series’ second season to be as exciting and entertaining as the first season, if not more.

Moreover, there is Cho Hyun-chul as Jo Seok-bong, and Shin Seung-ho plays the character of Hwang Jang-soo. In addition to the named few, there are also several other cast members in the series. Meanwhile, when the show returns with DP Season 2, we can expect most of the main cast members to return to their respective roles. At the same time, there might be some new faces in the cast of the second season.

The first season of the Kdrama series DP premiered on Netflix on August 27, 2021. The season consisting of a total of six episodes was well-liked by fans and critics alike. Therefore, Netflix renewed the series for the second season in December of last year.

This single picture was enough to send social media into a frenzy. His post confirmed that the production for the DP Season 2 is already in the works. However, a release date for the upcoming season has not been announced yet. But several sources speculate that fans may get the release of the season sometime in the latter half of 2023.

Also Read Welcome To Wedding Hell Season 2: Has The Network Renewed The Kdrama? Find Out Here 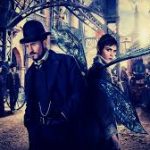