Home Entertainment Vagabond Season 2: Will It Ever Return? Everything For The Fans To Know
Entertainment KDrama News

Vagabond Season 2: Will It Ever Return? Everything For The Fans To Know 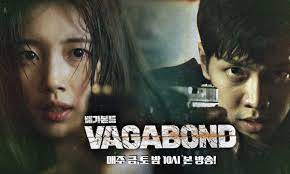 The inaugural run of Vagabond left the viewers with several unanswered questions. As a result, they are eagerly anticipating the arrival of Vagabond Season 2 so that they can get their answers. The fans are still wondering who is the mastermind behind the plane crash. In addition, the cliffhanger ending of the debut season is making them curious to know what will happen next. So, will this Kdrama ever return to resolve the mysteries? Here is everything to know.

Vagabond is a South Korean action-thriller TV series. The show made its debut on September 20, 2019, on SBS TV. It ended after running for sixteen episodes on November 23 of the same year. It was one of the best Kdramas that came out in 2019, and also bagged the highest ratings in its particular time slot. Along with SBS, the Kdrama was premiered on Netflix as well.

The debut season of the Kdrama was an ideal blend of the genre like action, crime, thriller, romance, suspense, and drama. It was truly a gem of a show, and hence it got a tremendous response from everyone. However, the ending of the inaugural installment left a lot of loose ends to tie. Therefore, the fans thought that the Kdrama would eventually return with its sequel. However, it didn’t happen. Most of the 16-episode Korean dramas are only meant for a single installment. Therefore, they usually don’t get a renewal, and the same might happen in the case of Vagabond Season 2 as well.

Lee Seung-gi had an interview with Alkpop after the completion of the show’s first installment. In it, he also stated that there is no way that the story ends here. Later he added, “If it happens, I believe it will be fun. As an actor, I’m all for this type of show having a sequel. However, what I think does not matter, because several things need to be taken into consideration, like the production environment and desire from fans, so we’ll have to wait and watch.”

The debut season of the show revolves around Cha Del-Geon. He has an argument with his uncle right before he was going on a field trip. Before going, his uncle sent him a video telling him to pursue his dreams. Later, Del-Geon got the report of a plane crash that his nephew has taken. So he assumed that his nephew is dead.

But later, Cha Del-Geon saw a supposedly dead passenger and confronted him. He realized that the crash didn’t happen due to malfunction, but it was a planned act. And then, he took the help of a NIS agent Go Hae-ri to uncover this mystery that is filled with twists and turns.

It is certainly hard to predict the release of the sequel of this Kdrama as there are no updates on its renewal status yet. But if the makers decide to renew the show in the next few months, then the fans expect Vagabond Season 2 to release by the end of 2022. So, stay tuned with us for more updates.