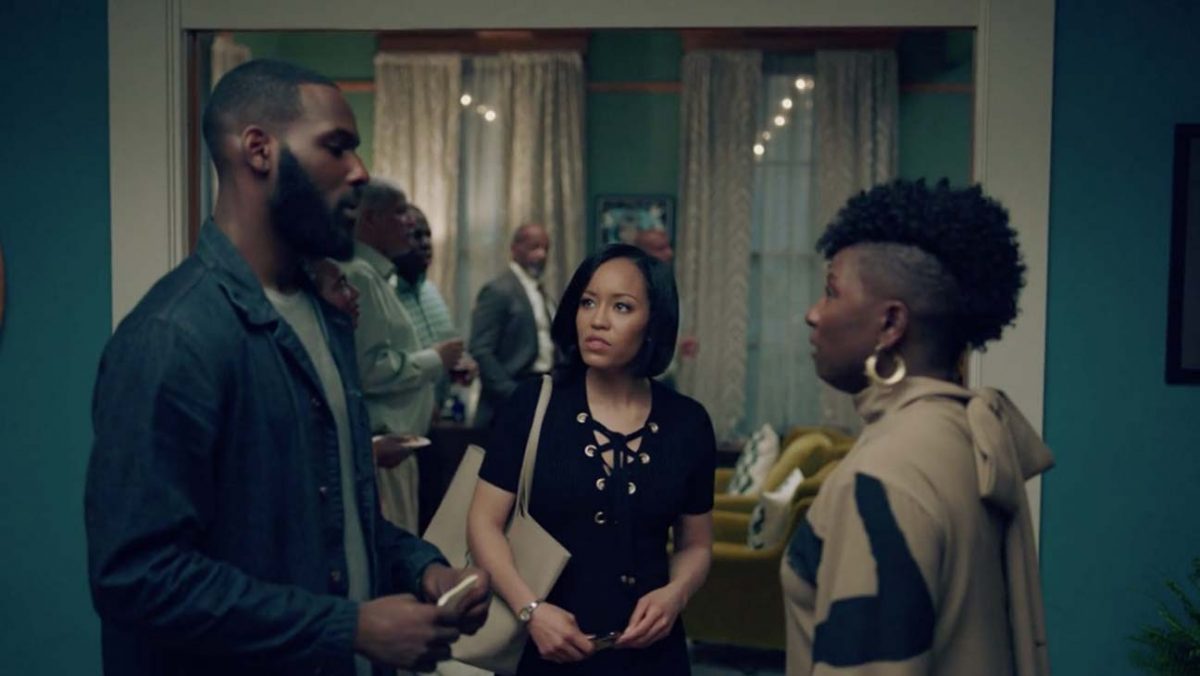 After an emotional last episode, Ralph Angel and Darla will welcome a new member in their small family in Queen Sugar Season 6 Episode 9. All the family members will gather to celebrate this grand occasion in the upcoming episode. Meanwhile, Nova will be shocked as she unravels a massive mystery abound her land.

The previous episode focused on the reconciliation within the family. Ralph Angel returned from his time in jail and spent time mending his relationship with Aunt Vi and Hollywood. Thus, a sense of understanding each other might bring some positive times for the family in the upcoming episodes. So, what will happen in the ninth episode of Queen Sugar Season 6? Continue reading to know all the details about the next episode.

Queen Sugar Season 6 Episode 9 Precap: What Will Happen Next?

OWN has dropped the official synopsis for the upcoming episode titled “Tossing In The Meadows.” The ninth episode will witness a family gathering. Everyone will come together to welcome new members to the family. Ralph Angel and Darla will organize a baby shower in the upcoming episode. Meanwhile, Nova will find out about the remains of her land. The discovery will come as a huge surprise for her and could be the crucial moment ahead of Queen Sugar Season 6 finale.

The eight-episode of Queen Sugar Season was titled “All Those Brothers and Sisters.” In the previous episode, Davis proposed to Charley for a wedding. However, she turned down his proposal leaving him heartbroken. Charley told Davis that she wanted to focus on pursuing her dream to be a congresswoman. Sho also explained that a long-distance relationship between two divorced people would not be a great idea. However, Davis promised that he would wait for her return in Queen Sugar Season 6 Episode 8.

Meanwhile, Aunt Vi and Ralph Angel finally put their differences aside and tried to understand each other for the first time. Moreover, Vi appreciated Ralph for being a great husband, a loving father, and a compassionate family man. Further, Ralph expressed his c oncerns for Vi and told her to take care of herself. Ralph said he would be lost without her, as he feels motherly emotions for Vi.

Uncle Hollywood also had a conversation with Ralph. He apologized for being too hard on Ralph for committing a crime and putting his and the farm’s future at risk. Ralph replied that he respected Hollywood’s tough approach in Queen Sugar Season 6 Episode 8.

Queen Sugar Season 6 Episode 9: When Will It Air?

The ninth episode of Queen Sugar Season 9 will air on November 9, 2021. OWN airs each new episode weekly on Tuesdays at 8:00 p.m. ET. The upcoming episode will be the penultimate part of season 6. So don’t forget to watch the latest episode and keep coming back for more news about your favorite TV shows.