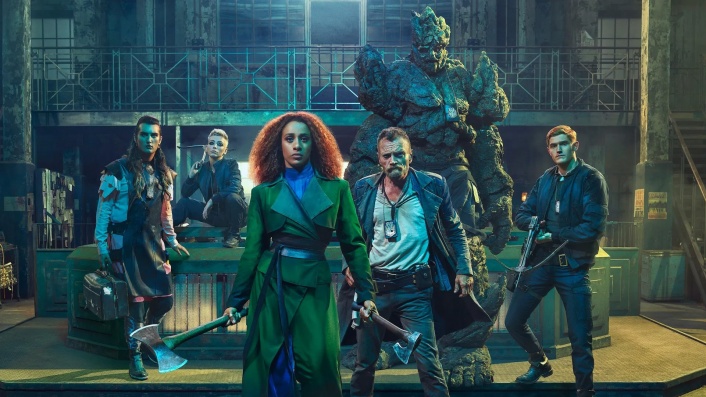 What’s better than a fantasy drama and a police procedural series? A combination of both, and that’s exactly what BBC America’s The Watch is. The series based on Terry Pratchett’s fantasy novel series called Discworld released its first season in 2019. However, ever since then, fans have been eagerly waiting to return to Ankh-Morpork with The Watch Season 2. So, let’s discuss everything there is about a plausible second season.

Will There Be The Watch Season 2?

The finale of the first season of The Watch premiered on BBC America’ on February 14, 2021. And even at this point, the network hasn’t confirmed whether the series is coming back for a second installment or not. However, there are reports that when BBC initially started working on the show in 2018, they planned it as a multi-season franchise. And the ending of the first season has left a lot of room for The Watch Season 2 to explore more of the world we were introduced to in the first season.

Moreover, during an interview in 2021, cast member Jo Eaton-Kent mentioned, “I think it would be a shame to not take it any further. I honestly believe that a Season 2 is on the horizon because there are so many unanswered questions.” Therefore, there is more reason than not to believe that a second is very much likely in the cards. And even though there are not many details as of now, soon fans will get The Watch Season 2.

At the end of the first season, viewers saw Vimes falling into a different dimension known as The Observers’ Realm. In the realm, individuals are allowed to choose any universe among the multiverse that they want to be a part of. It suggests that Vimes also face the same situation. Everyone has lost their recollections about the events related to Carcer.

Therefore, they now assume that Wonse is the one accountable for the devastation. For Carrot and Vimes, the existence of Carcer is very significant as it was a turning point for them. After the cliffhanger ending of the first season, it is hard to determine where things will head from there onwards. Meanwhile, with The Observers’ Realm in the picture, we know that nothing will be simple.

What To Expect From The Watch Season 2?

Fans were left pondering many burning questions when the first season of The Watch ended. So, when the second season comes, it will answer those questions. In The Watch Season 2, fans are likely to find out what happens to the city of Ankh-Morpork. Meanwhile, it will also feature the romance between Carrot and Angua growing further. Both the characters have come a long way since the beginning. They started with butting heads but have come to care for one another deeply. Also, one of the most pressing questions is; Where Vimes will head next and what will happen to The Watch. And fans are likely to find all the answers to these questions in The Watch Season 2.

Based on where the show left things at the end of the first season, the biggest development heading into Season 2 is Sam Vimes’ discovery of the Observers’ realm, an area stuck out of time where it’s possible to be transported into nearly any alternate reality.

During an interview with The Wrap, show star Adam Hugill stated, “Who knows what could happen, really? Because of the whole point of the Observers’ realm and the people that Vimes has been transported into, they could choose any multiverse they want.” He also added that they could throw him back into a multiverse where he would have to exist as well. So, God knows where you might end up finding him in a potential further-down-the-line story. And who knows where they throw him back into, Adam stated.

Also Read: The King’s Man: Delving In The History Of The Kingsman! Know the Release Date And Where To Watch

Who Will Star In The Watch Season 2?

The Watch features an ensemble of powerful performers, starting with Richard Dormer as Sam Vimes, who is the leader of The City Watch. In addition, Lara Rossi plays Lady Sybil Ramkin and Adam Hugill features as Constable Carrot. Meanwhile, Marama Corlett appears as Corporal Angua von, and Jo Eaton-Kent as Corporal Cheery Littlebottom.

Also, we saw Anna Chancellor as Lord Vetinari, Paul Kaye as Inigo Skimmer, and Sam Adewunmi as Carcer Dun. Apart from the cast mentioned above, there are also a few recurring actors in other roles. And when The Watch Season 2 returns, we are likely to see most of these actors returning in their respective roles. Also, some new faces might also add to the cast roaster of the show in the upcoming season.