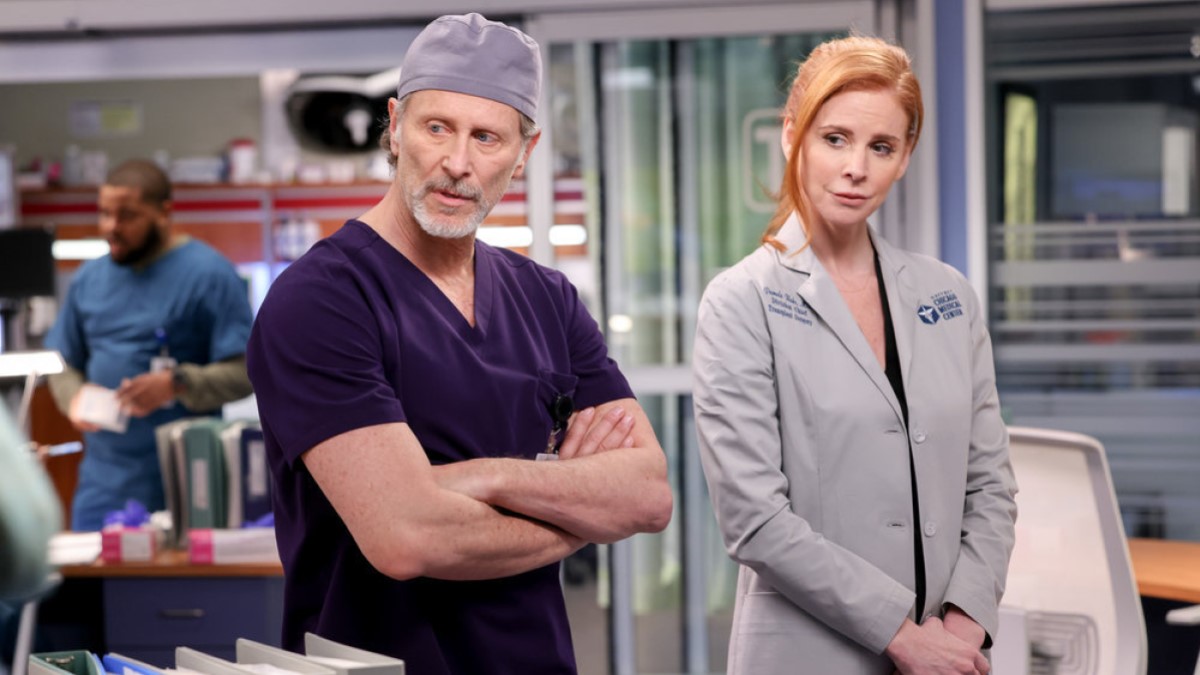 Chicago Med Season 7 Episode 17 will soon return with some more challenging cases. Crockett and Blake will work on a demanding task while Will, Sharon, and Maggie deal with other problems. Sharon will come up with a new task, and she’s looking for someone worthy to do so.

However, before finding someone, Sharon will have a face-off with one of the doctors. Meanwhile, the hospital will turn into a gang war place for some. Will things settle up soon? Keep reading to know more.

Chicago Med Season 7 Episode 17 Preview: What Will Happen Next?

Chicago Med Season 7 Episode 17, titled “If You Love Someone, Set Them Free,” will bring new complications to the doctors’ life. There will be intense tension in the OR. Crockett and Blake try their best to operate on a patient. But the patient’s transplanted uterus fails. That creates a tenser environment in the OR, and it brings complications. Now they need to develop a plan to save the patient’s life. It will ultimately force Blake and Crockett to do another transplant using the patient’s sister’s uterus.

Sharon will be in search of finding someone trustworthy for a job. It remains unclear what kind of job it could be. But it seems like it will bring completion among the doctors. On the other hand, Maggie will have a heated conversation with Sharon over something. That might put them on bad terms. Meanwhile, someone will collapse in the operating room. The team will try to save the patient life. But it seems like they will be late to do so.

In the series promo, two patients are admitted to the hospital. However, the doctors later discovered that they were the opposite team’s players. Due to the gang war, they ended up in the hospital. While Dylan and Hannah tried their best to save their lives, someone attacked them. Dylan did his best to fight with the attacker while Hannah took the patient to the next room. But it seems like the person won’t stop until he kills one of the players in Chicago Med Season 7 Episode 17.

Chicago Med Season 7 Episode 16, titled “May Your Choices Reflect Hope, Not Fear,” was directed by Tess Malone. In the episode, a young parent comes with a sick baby. The baby wasn’t six months, and her name was Kayla. After a thorough examination, Crockett realized that they needed to perform surgery. First, Kayla’s parents were shocked but later approved performing the surgery. Crockett later discovers that the baby had a congenital disability that affected her intestines. So they need a donor. But finding a donor for a six-month-old is challenging plus a rare case.

Later another case draws Crockett’s attention. It was a married couple who were involved in a car accident. Both were in poor shape. The husband was brain dead, but fortunately, they had an organ donor. But the wife was pregnant and almost full-term, so they decided to perform c-section surgery. Later they discovered that the baby boy was also brain dead. After his grandparents’ permission, they got a donor for Kayla. Crockett performed surgery and saved Kayla’s life.

Chicago Med Season 7 Episode 17, titled “If You Love Someone, Let Them Free,” will air on Wednesday, April 6, 2022, at 8/7c only on NBC. The all-new episodes follow a weekly release schedule airing every Wednesday night. You can also stream the show on NBC’s official website and NBC’s app. If you missed it, then no need to fret. The show will be available on Peacock the following day. Stay tuned. TechRadar247 will keep you updated.