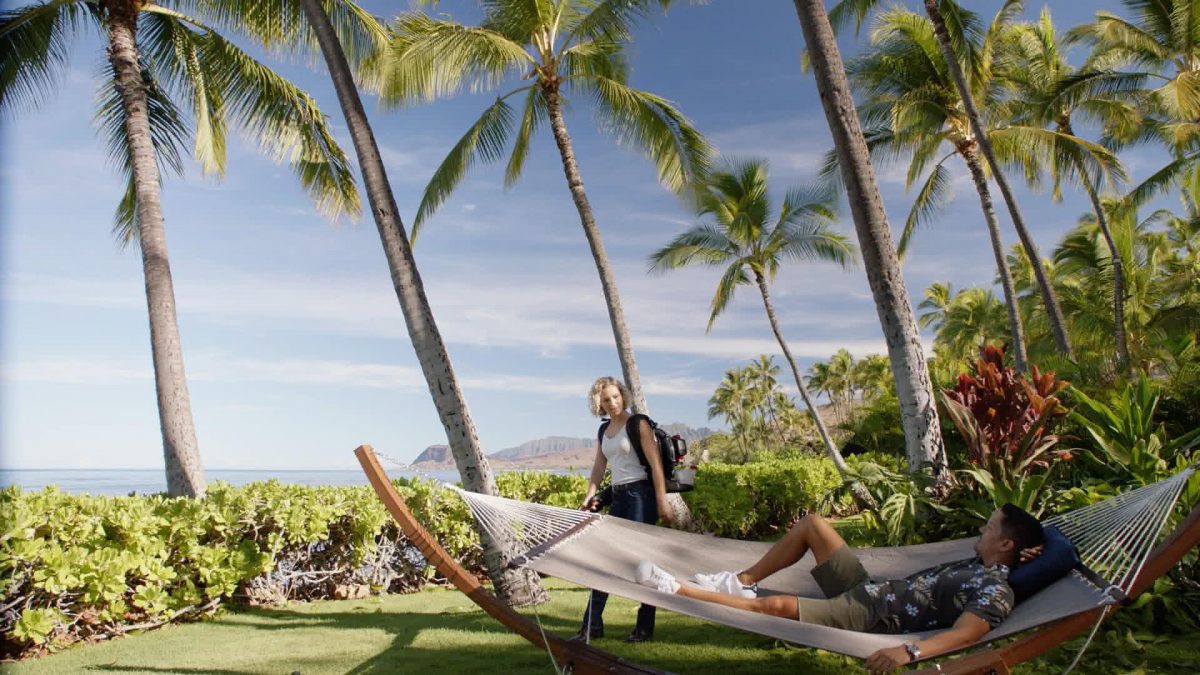 It seems like Magnum will be dealing with a critical situation while solving a case in magnum PI Season 4 Episode 18. He will do anything to uncover the truth of a crime involving his deceased friend. Moreover, Higgins will try to help him solve the case and bring justice to his dear friend. So, keep reading ahead to learn all the necessary details about episode 18.

The eighteenth episode of Magnum PI Season 4 is titled “Shallow Grave, Deep Water.” Magnum will be prepared to take some extreme measures while trying to uncover the truth about a vicious crime. The case involves his deceased friend, Nuzo. Hence, it will be personal for Magnum, and things might get tricky. He will need help from Higgins to stay calm and find the culprit in Magnum PI Season 4 Episode 18.

Rick was anxious about Suzie’s arrival in Hawaii in the previous episode. Magnum took a trip to Hospice to meet a Vietnam veteran named Bob Braddock. Higgins had no choice but to work alone. A 12-year-old girl named Ella approached Higgin and asked her to solve a triple homicide from 2017. Ella got the case from her late mother, who used to be an HPD detective. She showed Higgins a letter that arrived after her mother’s death. Ella did not want the police to be involved in the case. Higgins and Ella looked for the tree mentioned in the letter and found a murder weapon there. They also convinced Katsumoto to take on the case.

Meanwhile, in Magnum PI Season 4 Episode 17, the veteran was not pleased by Magnum’s visit. However, Magnum managed to get along with Bob after treating him with a real steak. Suzy told that she did not want to have a relationship other than being co-parents. Moreover, Higgins and Ella found the neighbor who wrote the letter. Ella’s father found out about the investigation and took her away. Magnum brought up the rift between Bob and his old draft dodger brother Danny.

Further, Higgins questioned Adam Akamu, the only living member of the homicide family. He revealed that there were rumors that his mother was having an affair. Higgins managed to convince Ella’s father to let her take a look at her mother’s notes. Magnum encouraged Bob to talk to his brother Danny. After much convincing, Ella’s dad allowed her to work with Higgins. They discovered that the neighbor Clara who sent the letter, owned the weapon. She hit Higgins.

Clara turned the gas on to kill herself and Higgins. Ella called Katsumoto when she could not get in touch with Higgins. It turned out that Adam’s father had an affair with Clara. Katsumoto rescued both Clara and Higgins, who were unconscious. Moreover, Magnum set up a video conference between Bob and Danny while Rick & Suzy reached an agreement in Magnum PI Season 4 Episode 17.

CBS will air Magnum PI Season 4 Episode 18 on April 8, 2022. The network broadcasts a new episode weekly on Fridays at 9:00 p.m. ET. And each episode of the fourth season will have 45 minutes of estimated runtime.

If you miss the latest episode on CBS, you can stream it on the network’s website and Paramount+. Moreover, the current season is available to stream on Fubo TV, DirecTV, Spectrum, YouTube TV, and Hulu+Live. So, don’t miss out on episode 18 and keep returning for more thrilling episode previews only on Techradar247.com.