Cursed Season 2: Did Nimue Survive? When Will The Second Season Release? 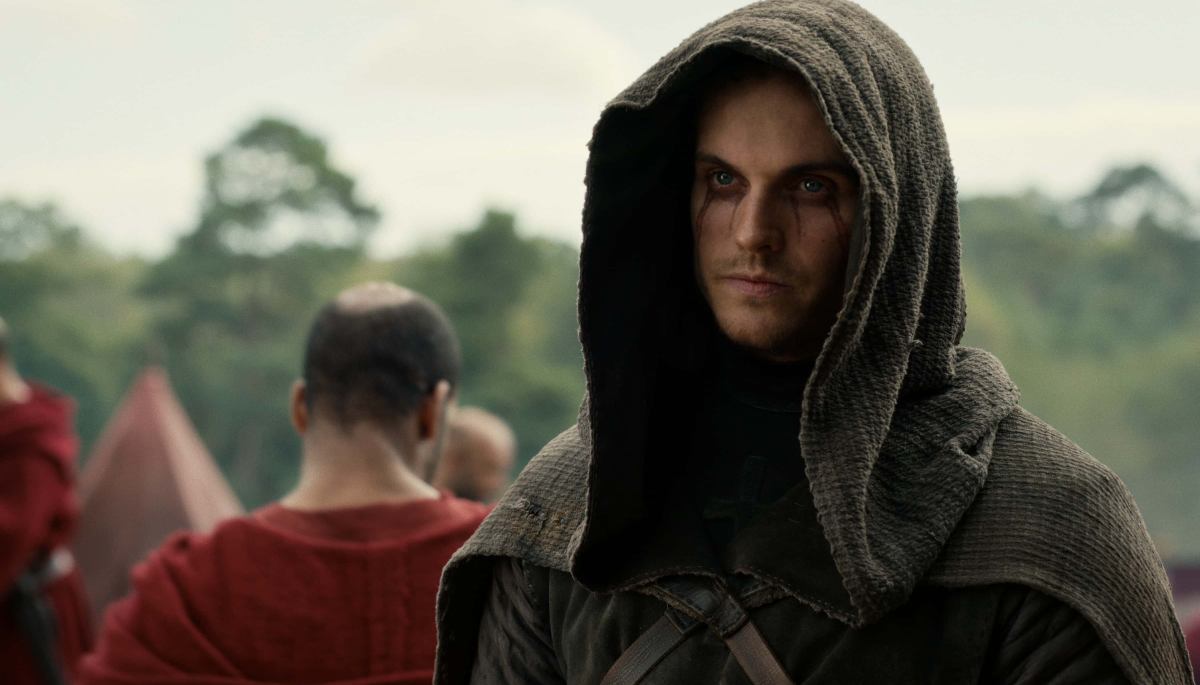 The tale of King Arther and his well-known magical sword Excaliber has been told and retold several times in the history of cinema and Tv shows. But Netflix’s Cursed was a fresh take on the popular Arthurian legend. The first season of the fantasy drama series dropped on Netflix in July 2020. It has been more than a year, and there is little to nothing known about Cursed Season 2. So, will it ever happen? Let us find that out-

Netflix’s Cursed is a medieval fantasy action-drama series that debuted on the streaming service in July 2020. The series is based on Frank Miller and Tom Wheeler’s popular young adult graphic novel starring 13 Reasons Why fame Katherine Langford in the lead role. Cursed is a re-imagination of Arthurian legend shown from the eyes of a female enchantress named Nimue. The young sorceress joins forces with the lovable mercenary named Arthur on a mission to save her people.

Will There Be Cursed Season 2?

Netflix released the first season action drama series Cursed On July 17, 2020. The first season ended on an inconclusive note leaving a lot of room for the story to continue in Cursed Season 2. Fans were waiting for the much anticipated second season of the series. However, Netflix surprised everyone with the unforeseen move of canceling the series quitely in July 2021, ahead of the second season.

The decision to cancel the show has been staggering as Cursed has performed well in terms of viewership numbers on the streaming service. The disappointed fans of the show started an online campaign, #SaveCursed. But Netflix has not shown any interest in it.

Cursed Season 2: What Could Happen?

In the first season, we saw Nimue finally embracing her Fay enchantress powers after initially avoiding them. She then employs them to save the Fey from the Red Paladins’ army. She undergoes a journey to full the last wish of her dying mother, which is to give the magical sword Excalibur to Merlin. Nimue develops a romantic involvement with Arthur, a sellsword, along the journey.

In the season finale, Nimue executes the plan she had devised to save Feys from vanishing at the hands of the enemy. She submits to King Uther’s demands in the hopes of saving her people from the Church’s wrath. Merlin goes out to expose Cumber when he learns he will not keep his half of the bargain. However, he was is attacked by the assassin that Ruben sent. Cumber sides with the Church and demands the sword in exchange for Nimue. The Feys and the Red Spears engage in combat. Morgana rescues Nimue from the Red Paladin, and both of them go to Merlin’s aid. But Nimue is attacked by Iris and falls down the waterfall, leaving her seemingly dead.

Cursed Season 2 could’ve addressed the question that everyone has been asking, Is the Lady of the Fire truly dead? Also, where is Merlin now that he’s used his powers on Iris and the Paladins? If Nimue survived, there’s a chance that he’ll return if he learns of her survival. Enchanted by his newfound power, Arthur may use the Red Spear to wage war on the Church. It will be fascinating to observe how the discovery of the Weeping Monk’s true identity affects the main plot.

One of the major twists in the first season of Cursed is the revelation of the fact that Nimue is actually Merlin’s daughter. Merlin has had an incredibly long life, as revealed over the episodes. And he has survived more than his fair share of otherwise fatal injuries over the decades. Merlin even demonstrated how incredibly difficult he is to kill when he survives a horrific assassination attempt by The Fisherman.

Nimue may have inherited Nimue’s tenacity. After all, Iris’ arrows only seemed to hit her in the shoulder and hip, causing minor injuries that were unlikely to be life-threatening. Though the fall will undoubtedly have exacerbated her injuries, she may yet be able to recuperate or hold on long enough to be patched up. However, the original iteration of The Widow foretold Nimue’s death as a painful result of Merlin’s decisions, which adds a wrinkle to this hypothesis.

Also Read Cursed Season 2: Canceled Or Renewed? Everything To Know