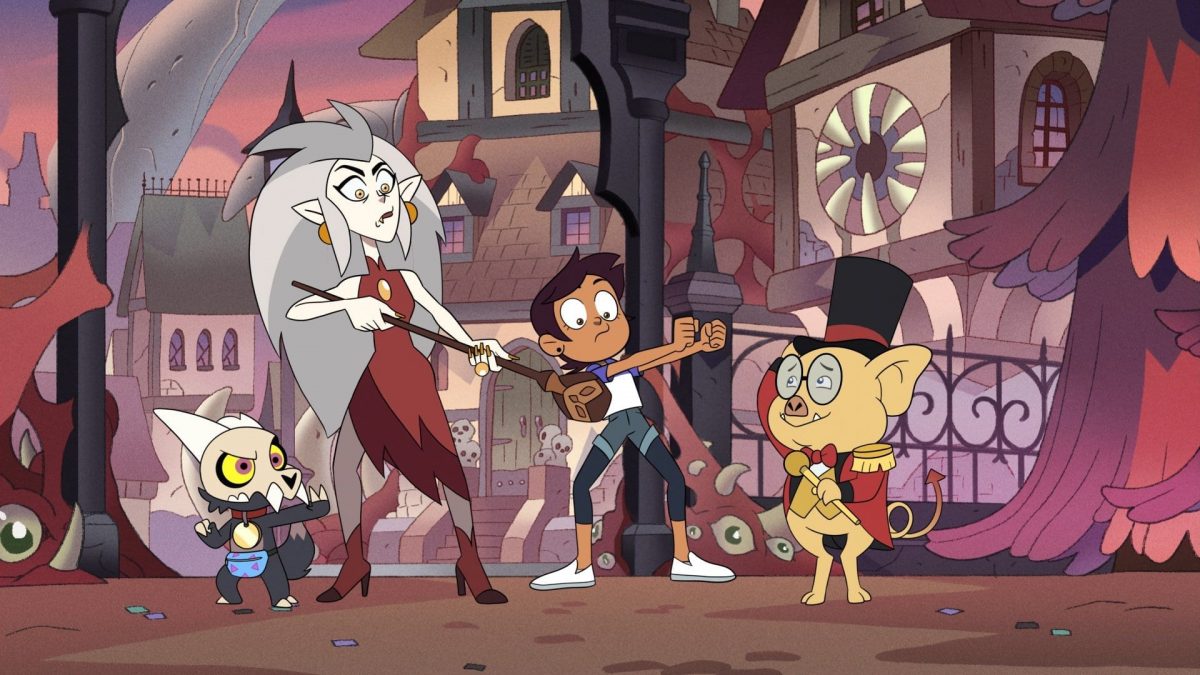 Disney Channel’s The Owl House finished its second season in August 2021. At the end of season 2, Luz was about to go back to the human world, while the rebellion against Emperor grew stronger. Now, fans are waiting for where things will head in The Owl House Season 3.

The Owl House is an animated fantasy drama series that debuted on the Disney Channel in January 2020. The series created by Dana Terrace is the first Disney series to feature an LGBTQ main character. The show revolves around Luz Noceda, a Dominican-American girl who is about to attend a juvenile detention summer camp. But fate leads her to the Boiling Isles, where she meets Eda Clawthorne, an owl witch, and her roommate.

Will There Be The Owl House Season 3?

The Owl House Season 2 debuted on the Disney Channel on June 12, 2021, and the season came to an end, with the finale dropping on August 14, 2021. Meanwhile, talking about the future of the show, Fans received the exciting news in May 2021 that the Disney Channel has officially green-lit the third installment of the animated series. The third season of the series will feature only three special episodes.

The news is somewhat bittersweet for the fans of the show, as it has also been confirmed by the showrunners that this is the end of the line for The Owl House. The Owl House Season 3 will be the last outing of the series. But the creator Dana Terrace also hinted that there might be some spinoffs or shorts in the future. So fans should not lose all hopes of a possible return of the series even after the third season. As far as the release date of The Owl House Season 3 is concerned, it is not confirmed yet, but we expect the second season to drop around mid to late 2022.

What Could’ve Happened In The Owl House Season 3?

The second season of the series gave fans plenty of delightful moments to celebrate. In the second installment, the heroes finally confront the evil Emperor Belos. Meanwhile, Eda also gathered the courage to fight her inner demons after the heroes motivated her. Meanwhile, she also went on a trip with a witch from her past, who inspired her revolt against Emperor Belos.

Furthermore, Luz was on a perilous mission to get back to the world of humans. However, in the middle, she fell badly sick, but luckily her companions helped her to complete her quest. At the end of the season, Luz was successful in finding a way to get out of Boiling Isles. But some new fears took root in her mind as she was preparing to face the human world.

When the series returns with The Owl House Season 3, it will likely pick up the after the events of the second season. We will see Luz going to the Human realm in the next season as she found a way to flee Boiling isles. The next season might focus more on the character of Luz as she tries to deal with the questions waiting for her in the human world. On the other hand, we may also learn more about Eda’s past and her uprising against Emperor Belos in the Boiling Isles.

The upcoming third season will put Belos in the center of the story as the protagonists prepare to take him down for good. Knowing all this, we can assume that The Owl House Season 3 will bring a lot of interesting storylines and enthralling drama for the fans upon its return.

Why Do Fans Love Amity?

Amity Blight has easily been one of the most memorable characters in the series. Am ity is introduced as a snooty cruel girl who is preoccupied with being the best student at Hexside and isn’t afraid to make fun of Willow or Luz. On the other hand, Amity has matured considerably and discarded her ‘mean girl’ image. But it was all a ruse to appease her overbearing and emotionally abusive parents and allow her to mature into a nicer person. She’s even started to utilize her outspoken nature to defend Willow and Luz from the bullies at school.

Also Read The Punisher Season 3: Will Disney+ Renew The Show Just Like Daredevil?