Home Entertainment The Wheel Of Time Season 2: Renewed For Third Season Already! What Is The Pursuit Of The Horn Of Valere?
Entertainment News TV Shows

The Wheel Of Time Season 2: Renewed For Third Season Already! What Is The Pursuit Of The Horn Of Valere? 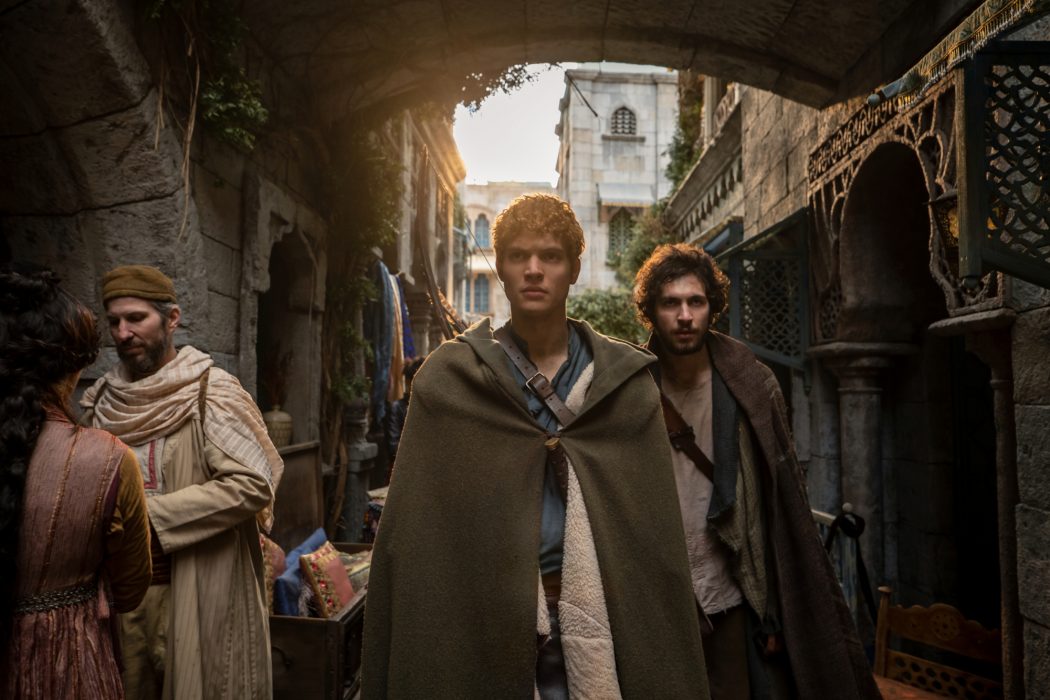 With shows like House of The Dragon and The Rings Of Power just around the corner, good days are ahead for the fans of the fantasy genre. However, among all this flare and glair, we should not forget about Th Wheel Of Time, Amazon Prime’s other fantasy epic. Ever since the first concluded, fans have been waiting for The Wheel Of Time Season 2. But Amazon surprised them when it announced the third season of the series as SDCC 2022.

Created by Rafe Judkins, Amazon Prime Video’s The Wheel of Time is a fantasy drama based on the popular novel series of the same name by Robert Jordon. The show follows a young Dragon-born Rand in his quest against the Dark One.

Season 3 Renewal Ahead Of The Second Season!

The first season of the fantasy drama series premiered on Amazon Prime Video on November 19, 2021, and the season came to a close on December 24, 2021. Meanwhile, it is no surprise that Amazon has planned the series as a multi-season epic. Thus, even before the premiere of season one, the streaming giant renewed the series for a second season in May 2021.

Moreover, in May 2022, it was confirmed that The Wheel of Time Season 2 had completed its filming. Although there is no confirmed release date for the second season, there is another good news for the fans. During San Diego Comic-Con 2022, Amazon Prime Video confirmed the show’s renewal for a third season.

What To Expect From Wheel Of Time Season 2?

The first season of The Wheel of Time revealed that Rand is the Dragon Reborn. We saw him and Moiraine going to the Eye of the World to confront the Dark One. However, the Dark One transformed into a human form and tried to persuade Rand to join him. The Dark One’s statue is ultimately exiled by the youthful Dragon Reborn, who ultimately decides against doing so. But the evil creature attacks Moiraine, and she loses her magical abilities. Her relationship with Lan is also severed.

The second season of the series will be based on the second novel called The Great Hunt. However, the program might still incorporate a few of The Eye of the World’s story elements. However, a few clues in the Wheel of Time season 1 finale point to the plot’s course. Mat returned to the shadowy metropolis of Shadar Logoth while Rand left on his own. And the Emond’s Field Five will be dispersed in different directions due to Padan Fain taking the Horn of Valere. Probably taking center stage will be the pursuit of the Horn of Valere. But Rand’s voyage will be essential to Wheel of Time Season 2.

Will Viewers See Aviendha In The Wheel Of Time Season 2?

Ever since the first season dropped, book fans were hoping to see Aviendha in the show. Luckily, we have the good news, as the showrunner, Rafe Judkins, has confirmed the possibility. He revealed that they have already cast an actor to play the character.

One of the main figures from the books is Aviendha. Three ladies are listed by Rand as her main romantic interests. The Aiel race member Aviendha is an unyielding individual who forged a deep relationship with Elayne. She was the third and final person to interact with Rand. She may have been anticipated to make her debut in season 3. However, Judkin’s remark regarding her casting suggests that she will join the scene as soon as possible.