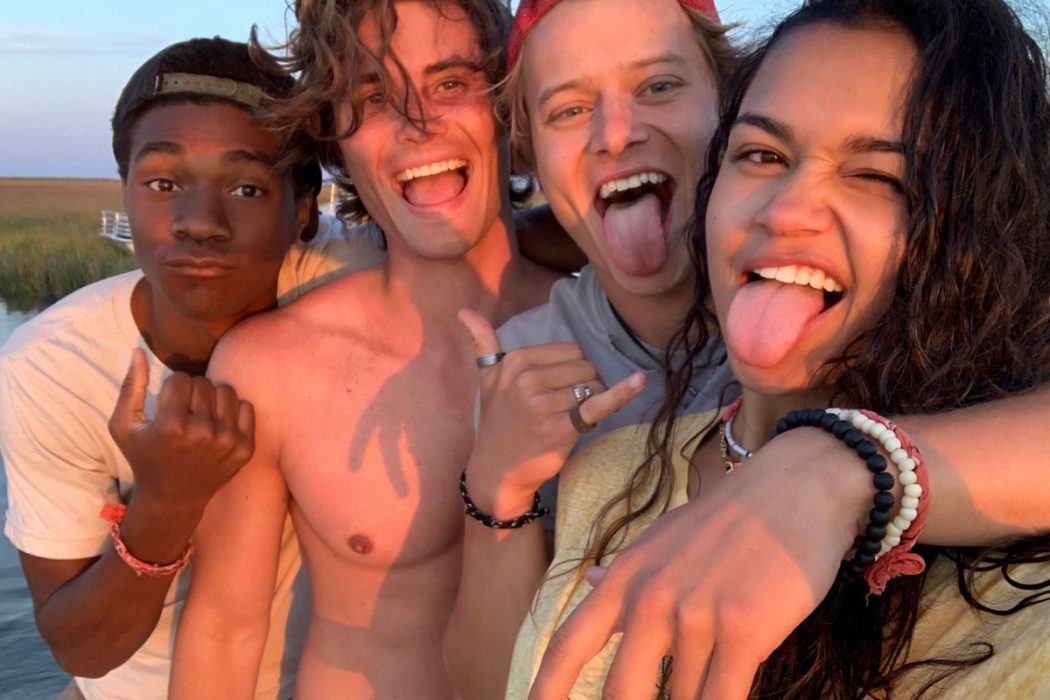 Outer Banks has been pretty well received by the audience. And seeing the craze, Netflix renewed the show for yet another season. There is chaos, emotions, mystery, action, and adventure in the series. However, Outer Banks Season 2 will bring more new packages to you. Do you want to know the upcoming scenario? Scroll to know all details.

Outer Banks is an action-adventure drama. Josh Pate, Jonas Pate, and Shannon Burke created this epic drama of mystery. The plot revolves around a group of teenagers who are called “Pogues.” They together live in the Outer Banks of North Carolina. The group starts their adventure at first by trying to search for the ringleader’s missing father. But, things started tangling from there. There has been a legendary treasure related to John B’s father. On the other side, there is “Kooks,” a wealthy and superior group.

The plot also brings up teenage issues. We see the characters dealing with love, anger, drugs, fighting, friendship, money, and many more. The teenagers’ goal is to reach the point which John B’s father has been working on for 20 years. Will the Pogues be able to achieve what they want to? Let us see what is going to happen in Outer Banks Season 2.

Outer Banks Season 2: All Set To Come Up

The superb performance of Outer Banks made it to come up with the second season. Netflix renewed the future installment earlier this year in July. However, the production process was paused because of the Pandemic. But it finally started in September. The cast and crew members are super excited to be back on the set. Soon after the start of production, we saw them sharing a lot of pictures expressing their enthusiasm for the second season.

Outer Banks Season 2: Coming Back To Clear Some Stains

In the past season, we have seen Sarah and John B fleeing away from the cop. Therefore, in the second installment, we will see both of them trying to get what’s theirs. John B has been framed for the murder of Sheriff Peterkin. Therefore, both the character will come back to clear the stains from the name of John B. However, things are going to clear out that both of them aren’t dead.

Facing Karma In The Upcoming Season

Outer Banks Season 2 will show Ward facing karma. What’s goes around comes around, in one or the other way. Previously, we have seen Ward facing John B for the murder. But in the second installment, people will discover that Ward has his hand behind John B’s father’s death. Jonas Pate stated to EW as, “There will definitely be some new mysteries and some new ideas.” The story’s spine will remain the same throughout.

The upcoming season is going to have a new place. But, some of the parts of the Bahamas will also be there. However, Outer Banks Season 2 will explore more paths of the characters. Things are going to go dark in its own way. Sarah’s ex, Topper, will attempt to gain redemption. However, his performance in the show was pretty outstanding. Indeed, Austin North is going to play a significant role in the upcoming season. Better be ready to face the struggle and mysteries ahead.

Outer Banks Season 2 is speculated to release in 2021. For now, there hasn’t been any announcement of the exact release date. Let us further wait for some official word. Till then, keep watching and staying updated.