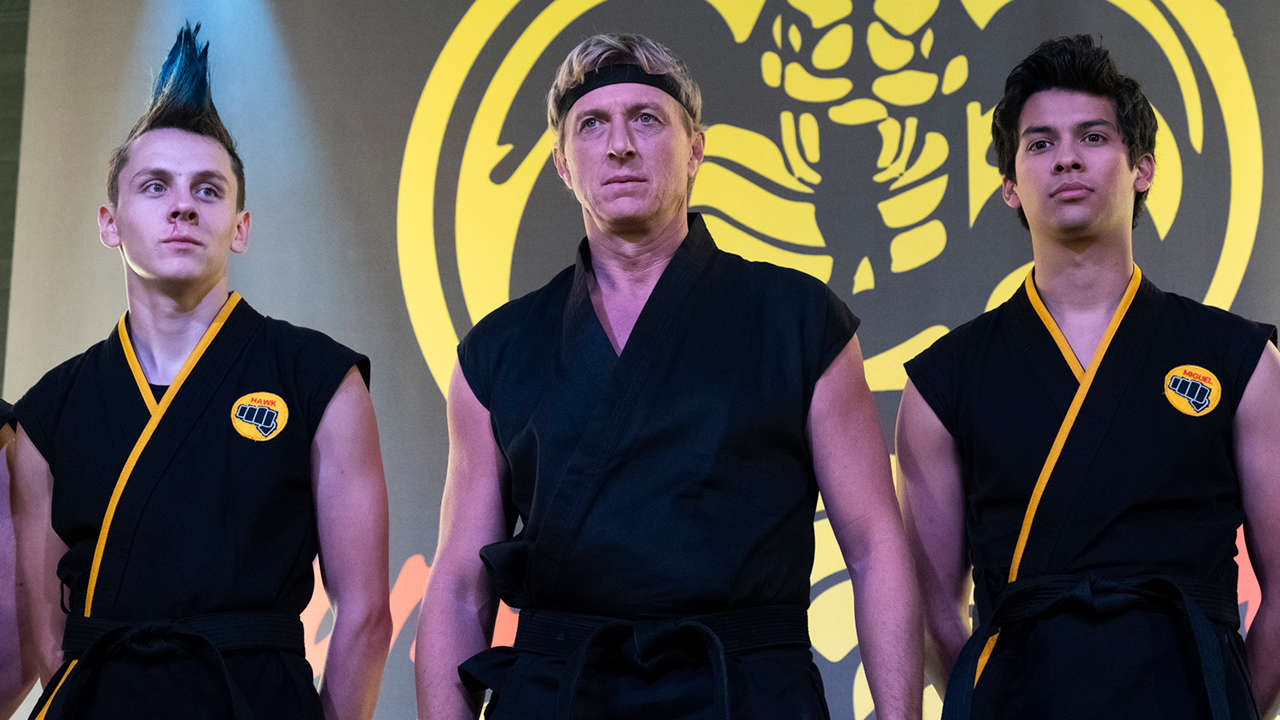 Now you can relax as the network has announced Cobra Kai Season 3 release date, which fans were looking after for so long. The second run of Cobra Kai can be considered a continuation of Karate Kid, and Season 3 can be considered the latest addition to the Karate Kid franchise. It follows the former foe, Johnny Lawrence, who tries to revive the fate of Cobra Kai. The dojo was the former member of Karate Kid. But, later turn into something better. It also follows The Karate Kid main lead Daniel LaRusso who discovers some bad memories after the return of Cobra Kai.

So he eventually creates his own dojo (Miyagi-Do) in response to those bad memories. However, the second season ended in quite a dramatic way. A mega-fight broke out between the two rival dojos, which eventually opens a massive door for the third season. There are so many plot details that need to be resolve in Cobra Kai Season 3. However, the biggest question that arises is the fate of Miguel Diaz (Johnny Lawrence).

Fortunately, the making of Cobra Kai Season 3 stayed untouched from the effects of COVID-19, as the third season wrapped up their filming before the outburst of the pandemic. The series co-creator Josh Heald revealed that they had completed the third season’s filming with the principal photography concluded before the end of 2019. However, he added that there’s still some finishing left, which they finished during the quarantine period.

The network finally announced that Season 3 would air on January 8, 2021. Also, Cobra Kai has moved from Google-owned streaming platform. As Sony Television, the show’s production house has signed a deal with Netflix to air Season 3 on the giant streaming platform.

Well, martial art practitioners will be excited that finally, Cobra Kai Season 3 got the release date. Not only the third season, but the streamer also announced that they would return with Cobra Kai Season 4 as well. Since Netflix has teased a new teaser that reveals the show is currently outlining Cobra Kai Season 4. That’s a clear indication that shortly the fourth season would go on production.

Netflix released a new teaser of Season 3, which explains that it would resume from where it left. We will see Johnny starting a new life by teaching a new generation of Cobra Kai students. However, the first teaser showed a glimpse of Daniel LaRusso’s return to Okinawa, Japan. He travelled all the way with Mr. Miyagi that happened in Karate Kid 2. (Well, there are so many crossovers that would take place in the future between Cobra Kai and Karate Kid). However, after his return, he learns some new and dangerous secrets regarding his former sensei.

Would Begin With A Time Jump

In a recent interview, Zabka teased that Cobra Kai Season 3 could start with the time jump instead of picking up from where it left. Zabka said: “Johnny is growing,” however he would face some ups and downs during the growing session. As he didn’t do well in the second season. So, now he would return with unleashing some new powers. So, it could be possible that Season 3 won’t pick from the second season-ending.

Superstore Season 6 Episode 3: Showrunner Teased Details, Would Be An Eye-Opening For Many Characters, Release Date
Blood & Treasure Season 2: When Will It Arrive? Plot, Release Date & Everything To Know
To Top