The CW has released the official synopsis of Riverdale Season 5. It seems that the season is going to face a significant time jump. Indeed, there will be more mystery, drama, emotions, and thrill. Although, all the loose ends are going to cover up soon. Each character of the series will face different difficulties in life. Will there be broken relationships? We have all the information; scroll to know.

Riverdale is a teen drama brought up by Roberto Aguirre-Sacasa. The characters of the series are based on that of Archie Comics. The story revolves around the life of Archie Andrews and his best friends. It is a perfect drama series filled with the required amount of thrill and adventure. Each character comes up with their own problems. The story not only focuses on the life of Archie but also explores the world beyond it. You must be eagerly waiting to know more about the series’ upcoming fate. We have all the information penned down below.

The fifth season would have had a different start if not stuck by the pandemic. But, things have shuffled due to the virus. Betty and Jughead’s investigation has put them in danger. On the other side, Archie will be seen dealing with his boxing career.

The official synopsis of the season is entitled “Chapter Seventy-Seven: Climax.” As per Comicbook‘s report, it reads, “Betty and Jughead’s investigation into the auteur leads them to the discovery of a secret underground for red band screening. To impress the visiting Naval Academy Commandant, Archie agrees to participate against another candidate- KO Kelly. While preparing for prom, Cheryl stumbles upon a major secret that Toni’s been keeping from her.”

Chapter Seventy-Seven: Climax is directed by Pamela Romanowsky, whereas written by Ace Hasan and Greg Murray. The season is soon going to premiere soon. So, better be ready for all the cliffhangers to get cleared.

The platform recently releases the trailer of the forthcoming season as well. It seems that the coming plot would include magic in it. Digital Spy reports Sabrina saying the need for a crossover of Riverdale and Sabrina. Is something darker waiting ahead for the fans? The previously released trailer of the season was a creepy one. Sabrina might crossover into her sister’s show, giving Riverdale extra power. If this happens, there might be the possibility of things turning evil and darker. Let us have the patience for the release of the season to bring the actual plot.

We speculate to see all the lead characters back again. However, there might be some changes in the appearance of the characters. But, fans won’t see coming back of Skeet Ulrich as F. P. Jones and Marisol Nichols as Hermione Lodge.

KJ Apa will be there as Archie Andrews, Lili Reinhart as Betty Cooper, Camila Mendes as Veronica Lodge, Cole Sprouse as Jughead Jones, and many others.

Riverdale Season 5 will be premiere on January 20, 2021. It will be there on The CW at 8 pm ET/PT. Stay in the link for more freshest updates. 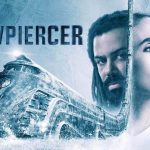 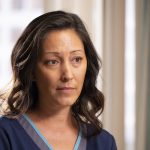