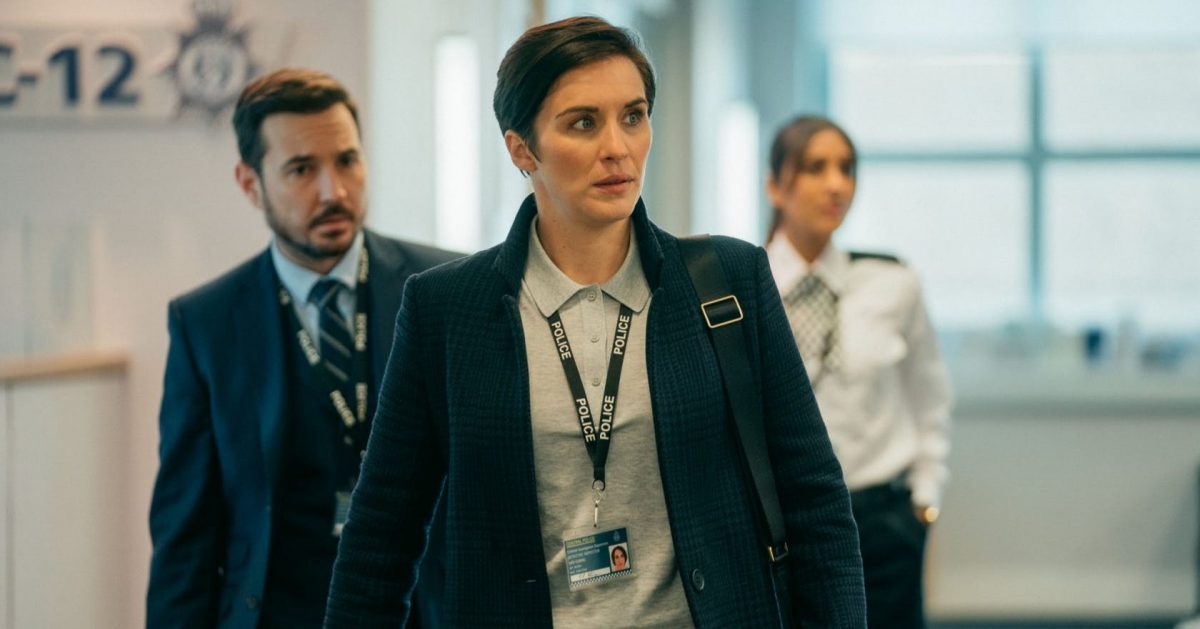 The BBC’s hit police corruption drama will soon return with Line Of Duty Season 6, along with a beautiful surprise for fans. Well, it’s been two long years since the last season hit the screens. However, finally, we are edging closer to the highly-anticipated sixth season. Well, everyone has been patiently waiting for Line Of Duty Season 6 since The BBC renewed it in 2019. But, hopefully, AC-12 is expected to return this upcoming month to catch those bent coppers.

Line Of Duty follows an authorized firearms officer DS Steve Arnott (Martin Compston). After refusing to cover up the unlawful shooting, he was transferred to Anti-Corruption Unit 12 (AC-12). However, soon he paired up with DC Kate Fleming (Vicky McClure) to solve the case’s bent coppers. Throughout the series, the team handled the corrupt-police officers’ cases to solve the mystery behind H.

Recently, Steve Arnott announced that the sixth season would consist of seven episodes instead of its usual six episodes. In the video clip, Steve explained to Superintendent Ted Hastings that the highest-profile forces are engaged in solving this case. But, they need extra to complete the inquiry. Shortly, a fun twist appeared when Steve’s voiceover teased: “How about an extra episode, gaffer?”

Well, it’s a true delight for fans as the long-wait is now seemed to bring some fruitful end. Before that, the AC-12 staff memo said that the highest priority of AC-12 will always be catching the bent coppers. So, keeping this in mind, they have requested and also been granted an extra episode. Now, Line of Duty Season 6 will be the longest season ever.

Line Of Duty Season 6: Who Will Join The Cast?

Earlier this week, the creator released a press release in copper style regarding the new season. It highlights some important staff changes. In the clip, Ted Hastings (Adrian Dunbar), in a firm voice, announced the recent joining in AC-12. Shalom Brune-Franklin will join as a recruit DC Chloe Bishop who will introduce in the tricky case.

Line Of Duty also star Martin Compton as Detective Sergeant Steve Arnott. Vicky Arnold as Detective Inspector Kate Fleming, will return with Adrian Dunbar as Superintendent Ted Hastings. Further, Prasanna Puwanarajh and Andi Osho will also join them in the case. Soon, Steve and Kate shared their excitement as the latest addition will help them solve such a complicated matter. Meanwhile, facing the most enigmatic person Kelly Macdonald as the DCI Joanne Davidson in AC-12.

Line Of Duty Season 6: How Things Will Move In The Next Season?

Although the network hasn’t revealed any plot details about the sixth season. But, what we know is Kelly’s character will bring huge challenges to Steve and Kate’s life. DCI Joanne is the senior-most investigating officer of an unsolved murder, which raises more suspicion at AC-12. Now, the duo has to fight the most brutal battle to prove Ted Hastings’ innocence. As everyone doubted it in the last season.

Line Of Duty Season 6: When It Will Release?

Well, the production for the sixth season is still underway. So, it’s not clear when the upcoming season would land on the BBC. Further, the network has yet to confirm the release date. We can expect that Line Of Duty Season 6 would soon air sometime in March this year.