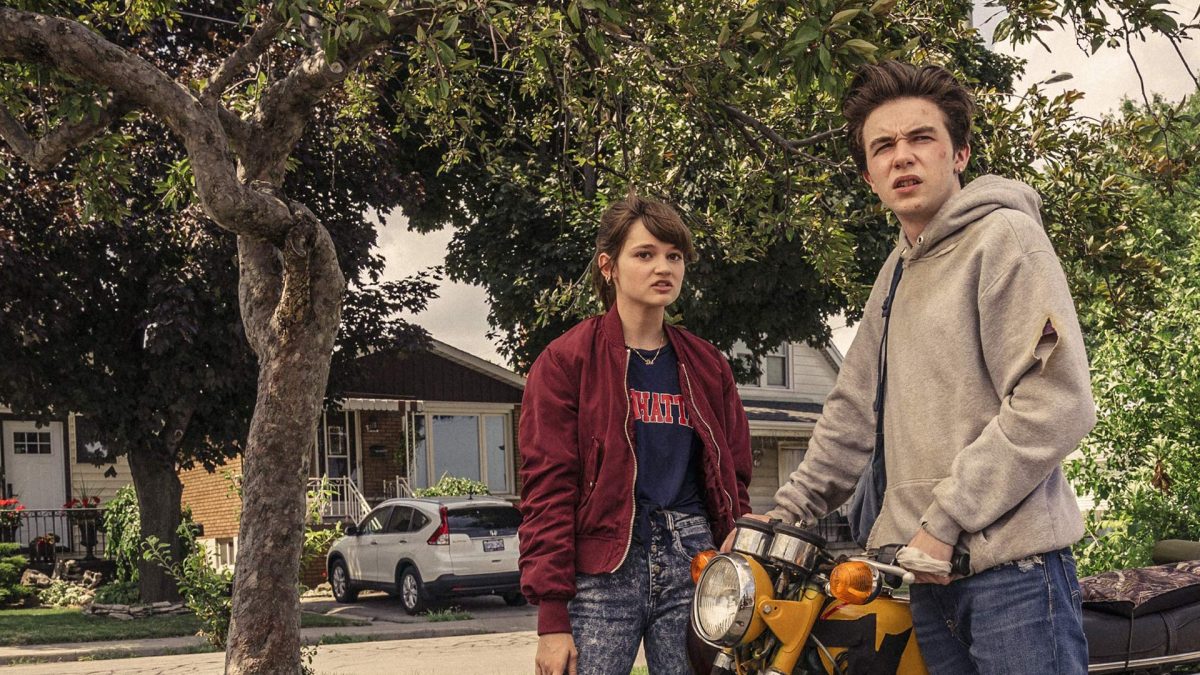 It’s almost been two years, and fans have been clamoring to learn when the vigilante teen would return with Wayne Season 2. Though the series performed amazingly on its parent platform, YouTube Premium yet it scraped off soon. However, the series creator Shawn Simmons and the lead star Mark McKenna still hopeful of returning. Even the series creator teased some potential plans for the next season.

Wayne, created by Shawn Simmons, is a dark comedy series on YouTube Premium which is currently airing on Amazon Prime. It takes place in Brockton, Massachusetts, follows the struggle of titular character Wayne McCullough (Mark McKenna). Wayne, a teenage boy who goes on a risky adventure with his newfound crush, Del Luccetti (Ciara Bravo), takes back his late father’s stolen car Pontiac Trans Am.

Wayne Season 2: Has It Renewed For The Next Run?

YouTube Premium planned to create original content like Amazon Prime, Netflix, and Hulu. However, the plan seemed short-lived, resulting in dropping its critically acclaimed series Wayne soon after it landed on the streamer. Many believed that the network dropped the show. But shortly, the co-writer Rhett Reese clarified back in 2019 that Wayne wasn’t canceled. However, it’s looking for a new home to continue. Soon Amazon Prime picked it following the massive success that the series received in its parent platform.

Wayne aired back in November 2020 on Amazon Prime, but the streamer is yet to confirm the fate of the series. However, the cast and the showrunner encouraged the audience on their social media soon after the series debut. Well, it could mean that they had already talked with Amazon, and the viewership might give them a second chance. Surprisingly it earned 100% on Rotten Tomatoes and was a success on Amazon as well. However, Prime is yet to renew the series.

Though everyone’s waiting for Prime words, Shawn revealed that he’s already mapped the second season. He confirmed that he has been working on the script for so long before the first season landed on the streamer. So it’s a good sign if Amazon Prime renews the series for the second run, as it won’t take much time to go into production.

Mark McKenna Working On Other Project

Well, recently, the news broke that the series lead character Mark landed on one of the key roles on the teen series “One Of Us Is Lying” at Peacock. So it doesn’t seem that he would make up to return to Brockton anytime. Even deeming the current health crisis, it seems far more challenging for him to do. As per the news, One Of Us Is Lying is currently in its pre-production state. Also filming would begin sometime this year.

So deeming Mark’s availability, the filming of Wayne Season 2 could only take place sometime in late 2021 or early 2022. Even the pandemic has forced many series to wrap up despite giving a proper conclusion. Thus it’s presumable that Amazon Prime would focus on every aspect before renewing the show. So till then, let’s wait for the official announcement.