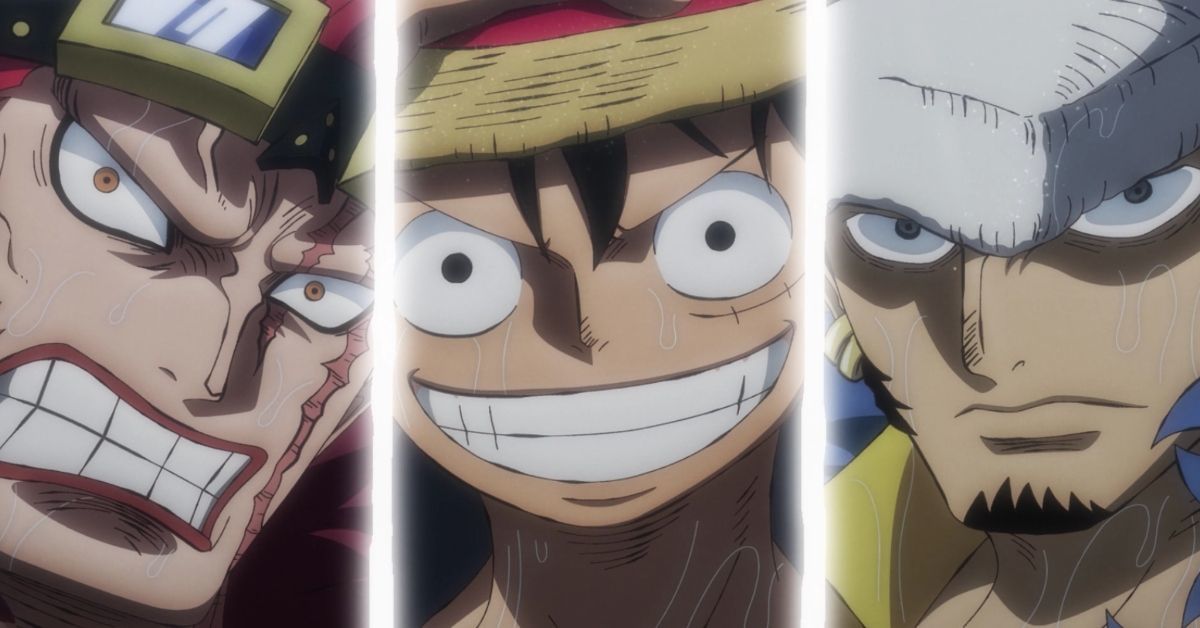 The title of One Piece Episode 978 is “The Worst Generation Charges In! The Battle Of The Stormy Sea!” Akazaya Nine alliance is finally here in the form of Kid Pirates, Heart Pirates, and Straw Hats. Well, Luffy, Kid, and Law are determined to be the ones who bring Kaido down. However, first, they have to defeat the massive fleet of Kaido who are here to stop them from reaching Onigashima.

It is certainly going to be a piece of cake for the worst generation due to their impressive skills. But they will still face some difficulties because of Kanjuro. He also helped Orochi is setting up an ambush around Wano. Now, it will be interesting to see whether the alliance of minks, pirates, and samurais will be able to defeat Kaido or not.

Luffy, Kid, and Law, all three only have one goal in their minds, and that is to become the new ruler of the sea. They lift their fighting spirits and challenge the massive fleet of the leader of the Beast Pirates with the help of their extraordinary techniques. A fierce battle will begin in the ocean, and no one can stop the worst generations now.

One Piece Episode 978 might also feature Denjiro joining the fight with his former comrades. It is likely to happen as he also wants to take revenge for Oden Kozuki’s death. Also, Kinemon will reveal his master plan to defeat the subordinates of Kaido. Meanwhile, Kanjuro will continue to trouble them and try to kidnap Momonosuke so that he can present him in front of Kaido.

In the last week’s episode of OP, the viewers saw the revelation of the traitor among the Akazaya Nine. Momonosuke was in tears as he watched Kinemon along with his group going forward to attack Kaido. Besides, none of the troops they expected to come to their aid had arrived. Kiku realized that someone leaked their strategy again to Kaido. The latter also told him that there is a traitor in the Akazaya. Kanjuro shed some tears and revealed to them that he is the traitor they are looking for.

Kinemon quickly cut his head but only to find out that it was just a drawing of him. By the end of the episode, the pirates of the worst generation arrive and apologized for being late.

Fans have been waiting for this moment for quite a while. They will finally see Luffy and the rest of the worst generation pirates in action in the next episode. One Piece Episode 978 will air on Sunday, June 13, 2021. The viewers of OP can stream the new episodes of this anime on the streaming giant Crunchyroll.