The Big Three turns 41, just ahead of the production launch for This is Us Season 6. Although unfortunately, fans are disheartened to know that Season 6 will be the final season for the show. Fans celebrated the birthday of the Big Three- Randall, Kate & Kevin on August 31. And the regular show stars, Metz and Brown, took to social media to share heartfelt messages honoring their character. In addition, these posts made the fans nostalgic as they shared some exciting photos of the three characters over the years, which comes along with some insights about the upcoming season.

Matz Shares Pictures Of Big Three On Their 41st Birthday

Chrissy Metz, who plays Kate in This is us, shared some photos of the Big Three to celebrate their birthday. The birthday celebration before each season marks the arrival of the premiere episode. However, situations are different this time. So, the celebration marked the beginning of the journey for Season 6 and the show for one last time.

Metz posted on the social media platforms, captioning her post as, “ And they said… that’s three! All of the gees & wheels because the Big Three turn 41 today.”

Meanwhile, Sterling K. Brown shared a video on Instagram wishing the Big three and their father John a happy birthday. He shared that his five-year journey has been magnificent, and he is now moving ahead for the sixth season of This is Us. Brown also said that he was proud of taking Randall from 36-41 and that he’ll miss Randall and his family.

Additionally, Brown also hints in the video about receiving the script of the premiere episode while he spends time with his family before the production begins. The filming for Season 6 started on Labor Day, September 6, 2021. Moreover, Milo Ventimiglia also took to Instagram to tease the beginning of production for Season 6. Milo wrote on his Instagram story,” Season 6 covid testing has begun. Last year you all. Hope you enjoy it.”

This Is Us Season 6: What To Expect?

Creator Dan Fogelman always knew he was up for making six seasons of This is Us; no less, no more. Season 6 will be the last of the series, as the show bids farewell to the renowned stars and the dedicated fans during the final season. According to Fogelman, the series finale is planned to be “quiet and normal.” He always aimed to create something fulfilling and warm, leaving sadness behind a typical family like This is Us. The creator always intended to make the viewers want to go out, have babies, call their parents or siblings by getting inspired by the show. He expressed that the final season will be about the same emotions too.

Last season, fans saw Kevin and Madison breaking up just before marriage. Also, Rebecca realized that she does not have much time left after her Alzheimer’s diagnosis. Now, in Season 6, we expect to see Toby and Kate’s relationship fall apart due to the communication gap which has always prevailed between them. Moreover, it will be thrilling to see how Rebecca spends her limited days and how her relationship with Miguel turns out.

Earlier in June 2021, Susan Kelechi Watson teased the ending of the show. She shared that the show will start with Rebecca and Jack. And Watson added that it is supposed to end with Rebecca. She also acknowledged that Dan has always had the ending in mind since season 1.

The cast expected for Season 6 will be pretty similar to the previous season. The family drama will star Milo Ventimiglia as Jack Pearson, Sterling K. Brown as Randall Pearson, and Mandy Moore as Rebecca Pearson. In addition, Chrissy Metz as Kate Pearson, Justin Hartley as Kevin Pearson, and Jon Huertas as Miguel Rivas are expected to join the star cast for Season 6.

The premiere of This is Us will not happen in Fall 2020. Instead, the upcoming season is expected to release in January 2022. Creator Dan Fogelman replied to a fan on Twitter, revealing the expected premiere date to be around January next year. However, NBC has not announced an official release date yet. So, when the show returns for its final season, the fans will be expecting a conclusive end to This is Us. 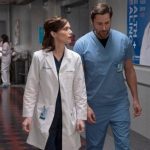 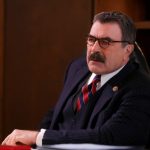