The famous social media-centered reality series, The Circle has left the fans so hooked. So naturally, the fans are eager to know about The Circle Season 4. Fans have already binged the first four episodes of the current third season, which premiered on September 8. And it will conclude on September 29, 2021. However, fans have already started discussing if there will be another season and what news twists and chaos it will bring.

The Circle features a group of players living in a building in different apartments. However, the biggest twist is that the contestants cannot meet each other. Instead, the contestants chat with each other through a social media platform, The Circle. In addition, the contestants are given exciting tasks to secure their places. In each episode, a weak contestant gets eliminated throughout the season. So, the big question is, what new and exciting will take place in season 4. The latest news about The Circle Season 4 is mentioned below. Keep reading to know about the renewal details, production, release date, and more information.

Will The Show Return For Next Season?

Netflix has already renewed The Circle for Season 4. And interestingly, the streaming network also gave a green signal for season 5. So, fans can prepare themselves for two more exciting seasons of drama, twists, and chaos. Moreover, each season of the reality show features new contestants with unique mindsets. As a result, the contestants should come prepared with exciting strategies to win The Circle.

The Circle films multiple editions back to back in the same building. These editions are made for audiences around the world. So, it is still unclear when the production begins. However, Netflix might be looking to keep up the two seasons per year plan. Therefore, the filming of The Circle Season 4 can start in late 2021. Although, Netflix has not revealed an official production timeline yet. Although, the timeline could be somewhere around early 2022.

The previous two seasons had 13 episodes. Hence, we can assume that The Circle Season 4 might feature 13 episodes as well. However, the first season aired 12 episodes. Later, the Circle added one more episode for seasons 2 and 3. The final episode reveals the ultimate finale winner. Although, Netflix has not disclosed the official episode count for Season 4. So, we’ll update this section once we’ll get the final words from the streaming giant.

Season 3 began with a huge twist. The highly ranked player will become an influencer. And an influencer is given the ability to eliminate a player right away. Ultimately, Kia earns the highest rank, and she uses her power to block Eva and Chanel.

Next, another twist rolls during the end of Episode 1. Ava and Chanel were provided with a chance to return. The task to return was that they have to clone a contestant and convince others to block her. Ava and Chanel chose to use Michelle’s identity as a clone. They also succeed in convincing the players that they are Michelle. And unfortunately, the players end up blocking the honest Michelle. Finally, Michelle met Ava and Chanel before leaving instead of informing other players about the fake imposters.

The possibility of the release of The Circle Season 4 in late 2021 is improbable. In addition, Netflix has followed no patterns during the release of various seasons. For instance, season 1 premiered in January 2020, followed by season 2 in April 2021. Meanwhile, Season 3 was released in September, several months later. Therefore, The Circle Season 4 might release around the first quarter of 2021. However, Netflix has not announced the release date yet. 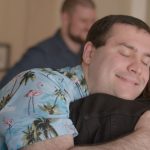 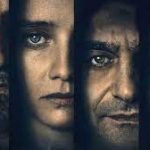