As the Fall season approaches, Netflix is ready to bring out Emily In Paris season 2. Creator Darren Star focused on some exciting details about what the fans will see during season 2. Of course, fans would be thrilled about the highly anticipated show’s return. But, unfortunately, it seems as they will have to wait a little bit longer.

The series follows an easy-going young American woman who travels to Paris to settle down in a new culture. The show certainly creates a sense of nostalgia for Americans who have spent their younger days studying in Europe. Meanwhile, the upcoming season is ready to bring more substance into Emily’s life. Season 2 will see Emily growing in different aspects of her life while planning to better herself in Paris. So when does our fun-loving Emily return for season 2 of Emily in Paris? Continue reading ahead to find out.

Emily In Paris Season 2: What To Expect?

Emily will be seen in a new avatar in the upcoming season 2. It will be “more about digging deeper” into Emily’s character and her unique experiences in Paris. Recently, creator Darren Star spilled some beans about the next season while talking to People at The Elizabeth Taylor Ball. Star believes that season 2 would be far more substantial as compared to the last. Moreover, he said that Emily would find a new love interest next season.

Further, she will be seen as more dedicated to learning French. She will immerse herself while struggling to learn the language more seriously than her previous attempts. The fans will witness Emily grow as a person as she moves towards a different phase of her life. While we will witness more thrilling adventures in Paris, we will also see Emily learning to take up responsibilities and handle a newfound relationship.

According to Star, Emily will be more poised and incredibly charming, making her the perfect ambassador for the series. Although, Emily will face some tough choices this season as she faces a dilemma between how things seem and how they are.

The latest addition to the cast roaster of the upcoming season is Lucien Laviscount. He will portray a British Banker who comes across Emily in the language class. As per Star, Lucien’s character is set to “become a real integral part of this series.” Moreover, the series stars Lily Collins, Philippine Leroy-Beaulieu, Bruno Gallery, and Camille Razat. In addition, Ashley Park, Lucas Bravo, Samuel Arnold, and William Abadie will also return for Emily In Paris season 2.

The filming for season 2 kick-started in May 2021 after receiving a renewal in November 2020. Moreover, the filming finally wrapped in August 2021. Although, Netflix has not announced the official release date yet. However, we expect the release date to be announced at the virtual global fan event, TUDUM on September 25. If Netflix announces the release date soon, we can expect Emily in Paris Season 2 to return by November/ December of 2021. However, the more probable release date could be in early 2022. So stay tuned to be updated about the show. 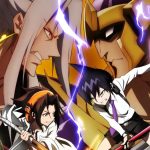 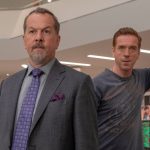