The highly anticipated medical drama is coming back for The Good Doctor Season 5. The premiere episode titled “New Beginnings” is just around the corner. Indeed, we are up to see so many new beginnings in the upcoming season, with the wedding bells ringing loud for Shaun and Lea.

We saw Lea proposing Shaun during the previous season on their vacation in Guatemala. However, the endings have left the audience eager to see how the big wedding turns out for two of our favorite characters from The Good Doctor. So let us get on with what will happen in The Good Doctor Season 5 Episode 1.

The Good Doctor Season 5 Episode 1: What To Expect?

The premiere episode is ready to set the scenes for a big wedding coming up in season 5. Finally, Shaun and Lea decide to get married during their vacation in Guatemala. However, the trailer teases that things might not be as simple as they seem. The Good Doctor season 5 will kick off with the couple planning an engagement party to share the big news with their friends and celebrate.

Although both are happy with the wedding, they might get a little overwhelmed. While Shaun has his struggles, it will be a second marriage for Lea, and she would not want things to down the same road again. The wedding planning makes Le a little uncomfortable. However, she will pull through her dilemma with some good advice from her friends.

Meanwhile, a young single mother finds out that her newly born son might have caught cancer from a shocking source at the hospital. As she struggles with the threat of losing her child, Shaun and the doctors try their best to figure out the mystery behind the baby’s health condition. Luckily, we will continue to see the excellent skills of these highly skilled expert doctors. Moreover, we will see Mateo finally confronting the reality of his stay in America while fighting to stay with Lim in The Good Doctor season 5. However, the trailer leaves us puzzled by the end, so we are unsure if they will actually get married by the end of the first episode.

The previous season concluded with bitter-sweet events. While Shaun, Lea, and their colleagues are vacationing in Guatemala, everyone is experiencing the times changing for them. However, while most of them looked to be happy ones, there were some bitter ones too. Firstly, we saw Lea and Shaun finally decide to get married after being romantically involved for a while now. In The Good Doctor season 5, we are about to see them getting married.

Further, Morgan and Park express their feeling for each other. However, Andrew seems to be upset about his former wife Isabella moving on and marrying someone else. Meanwhile, Dr. Claire Browne ends her term as she decides to stay in Guatemala and start a new journey. Antonia Thomas played Claire from the beginning of the show, and she bid goodbye to the show. Her absence will be felt when the show returns for The Good Doctor Season 5. As Claire left, the emotional Lea finally asks Dr. Shaun Murphy to marry her.

The Good Doctor Season 5 Episode 1 will air on September 27, 2021, only on ABC. Further, season 5 will also be available to stream on Hulu. So get ready to witness a big wedding when the show returns for the next season. 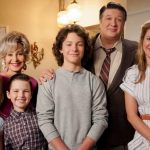 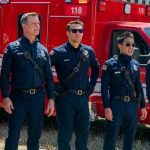