After a nerving end to the first part of the final season, the post-apocalyptic horror series is set to return for The Walking Dead Season 11 Part 2 soon. The first part witnessed the death of Pope, as Leah became the newfound leader of the reapers. After being frustrated by Pope’s leadership, Leah finally decided to take action and killed Pope.

Hence, the upcoming season will see the rise of Leah as the fierce leader, while Daryl decides to swear allegiance to Maggie. Therefore, with a new leader, the reapers will try to take on the survivors in The Walking Dead Season 11 Part 2. So, continue reading below to know all the essential details of the second part.

The Walking Season 11 Part 2: What Will Happen?

The Walking Dead Season 11 Part 2 will deal with the aftermath of the survivors leading the walkers to Meridian. After Daryl swore his allegiance to Maggie, Leah took on Pope and killed him to become the new leader of the Reapers. Further, the reapers are about to wage an even bigger war in part 2 under Leah’s leadership. The eighth episode titled “For Blood” ended with Leah attacking the group with a hwacha. The latest teaser for part two sees the survivors questioning their choices, suggesting a big battle coming ahead. Further, the teaser also introduces the Commonwealth Governor Miss Pamela Milton who will play a crucial role in the second part of season 11.

As per the synopsis of The Walking Dead Season 11 Part 2, the survivors will witness their world crashing around them. The heroes will fight an imminent Reapers attack, while others continue to deal with nature’s wrath in Alexandria. Meanwhile, Commonwealth seems to be peaceful and happy. However, the reality is quite different. There will be a hope of survival for some, while others will have no way to return alive. But, there is one truth that remains the same. Each decision they make will be crucial for their future and the chances of survival of each community.

AMC confirmed in September that the series will conclude the final season with a two-year broadcast period earlier. The eleventh season will feature 24 episodes, as the first eight episodes finished airing on October 10, 2021. AMC will release the second part of The Walking Dead Season 11 on February 20, 2022. In addition, the final part of season 11 will air somewhere in the latter half of 2022. The latest episode will be available to stream a weak earlier on February 13, 2022, only on AMC+. So prepare yourself for a fascinating second part of season 11. 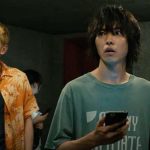 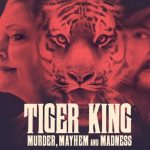