Amazfit has recently launched the latest GTR 3 smartwatch models on October 11, 2021. Amazfit GTR 3 comes with some exciting new features and an upgraded operating system by Zepp health. The following article will feature the specs and price comparison of the Amazfit GTR 3 and GTR 2. In addition, the company also launched the all-new Amazfit GTR 3 Pro with some cool updates that make these smartwatches the best in the provided price range. Here are all the features and specifications of GTR 3 and GTR 2.

The GTR 3 uses Bluetooth 5.1 LE, while the GTR 3 Pro has Bluetooth 5,0 and 2,4 GHz Wi-Fi. Meanwhile, the GTR 2 came with Bluetooth 5.0 and 2,5 GHz Wi-Fi along with 3 GB onboard storage and an eSim version to connect with the cellular network.

The Amazfit GTR 3 comes with a 450 mAh battery, which can last up to 21 days, and the GTR 2 comes with a 470 mAh, which lasts up to two weeks. Thus, the battery backup has been modified a little in the latest smartwatch. Further, the GTR Pro also has many preinstalled apps and allows the user to take calls on the watch.

Other Features of Amazfit GTR 3 And GTR 2:

The GTR 3 models have an added speaker and preinstalled mini-apps like voice memo, unavailable in GTR 2. In addition, the latest GTR 3 Pro also has a temperature sensor for measuring skin and ambient temperatures, which was not available in GTR 2. Further, the GTR pro model has more than 150 watch faces, while the GTR 3 and GTR 2 have 100 watch faces which can be customized too. 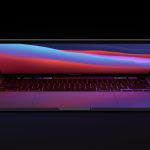 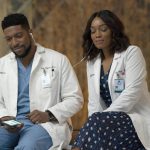