The title of One Piece Episode 996 is “Onigashima in Tumult! Luffy’s All-Out Ware Begins.” One Piece anime series will finally return from a break this week. The fans just can’t wait for the next episode as it will begin an all-out war for the future of Onigashima. Both Luffy and Kaido are determined to win this war as it will get them one step closer to becoming the King of the Pirates. Currently, OP is featuring the Third Act of the Wano arc that has several exciting and unskippable battles.

From now on, every single episode of the anime will blow the mind of its viewers. Momonosuke proves that he is the son of Oden as he bravely held his ground. Now, Luffy and others will try and rescue them along with defeating the army of Kaido and Big Mom. So, what hardships will Luffy face in the next episode, and when will it come out? Here is everything to know.

The preview for the 996th episode of OP is out, and it reveals that the members of Akazaya finally delivered the punishment to Kaido. The grievous cries of people begin to echo all over Onigashima. Hence, the alliance of Kaido starts to crumble in pieces. Luffy will come face to face against the frustrated Big Mom and challenge her for the fight. The captain of the Straw Hats will finally declare an all-out war that will decide the future of Onigashima.

In One Piece Episode 996, Yamato unveils that she is against the Beats Pirates and will start her fight against Ulti. Meanwhile, Queen will go on to face a huge enemy force that has Udon, Heart Pirates, and many other members. In the forthcoming episode, the fans will also see Kaido realizing that the Akazaya are using the Ryuo of Oden. The King of the Beast Pirates will survive and then accepts his opponent’s challenge head-on.

In the 995th episode of One Piece, the viewers saw the beginning of a battle between Akazaya and Kaido. The King of the Beast Pirates threatened Otrochi’s subordinates to work for him. Since Orochi’s men had no choice, they decided to join the Beast Pirates. Later, Kaido told Momo he couldn’t be the son of Oden as he is always crying and certainly not brave enough to take revenge for his father’s death.

Momo shocked everyone by saying he would rather face death than deny being the son of Oden. He even said that he would soon become a shogun and would be the one to take down Kaido. On the other Luffy and Yamato are still on their way to rescue Yamato. They are smashing everyone who is coming in their way. Luffy, Yamato, and Akazaya reached the Live Performance floor at the same time, and then they began to punish Kaido.

The anime series was on a break last week, and now its fans are getting desperate to see its new episode. The new edition will begin the all-out war as the alliance of Luffy and Kaido will collide to decide the future of Wano. One Piece Episode 996 is all set to release on Sunday, October 24, 2021. All the episodes of this longest-running anime series are available to watch on Crunchyroll and Netflix. 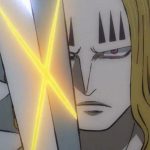 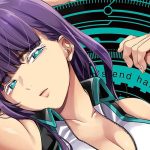